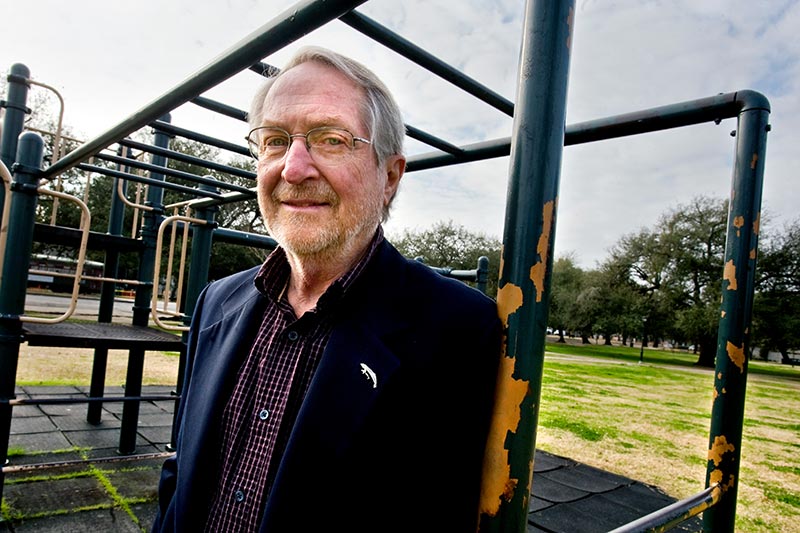 Howard W. Mielke, a Tulane research professor in the Department of Pharmacology at Tulane School of Medicine, is raising awareness of toxins within hair dye. This year, Mielke teamed up with fellow health advocates, the Environmental Defense Fund and Earthjustice, a San Francisco–based nonprofit, to petition the Food and Drug Administration (FDA) to ban lead acetate as an ingredient used in hair coloring products.

In 1976, Mielke began investigating the environmental effects of lead with a Baltimore-based project that measured lead levels in garden soil.

“This project continued in New Orleans, where I’ve studied the connection between lead dust in soil and children’s health since 1989,” he said.

“I received many calls from people who had chronic health problems related to hair coloring agents they were using.”

However, a shopping trip to a drugstore with his daughter would pique a new interest in toxins found over the counter.

“My daughter picked up a package of Grecian Formula and put it into my hands, saying, ‘Dad, you need to use this,’ ” recalled Mielke.

“I looked at the label and said, ‘Beverly, this contains lead acetate and isn’t safe.’ Then Beverly retorted, ‘Oh Dad, everything you touch turns to lead!’ ”

Mielke later returned to the store and purchased all of the available hair coloring products containing lead acetate — the active ingredient used within progressive hair coloring to darken grey hair. He brought the products to his laboratory for testing.

Within the human body, lead functions as a pollutant affecting the nervous system. After absorption through the skin, lead acetate moves through the lymphatic system, Mielke explained.

When applying the dye, the user also risks contaminating household areas and any items being touched, such as sinks, countertops and cups.

The FDA approved the use of lead acetate in hair products in 1980, but Mielke said other countries have already banned this type of product.

In a 1997 study, he concluded that dye samples containing lead acetate displayed lead levels between 2,300 and 6,000 parts per million.

“After I published my work, I received many calls and reports from people who had chronic health problems related to hair coloring agents they were using. One of the worst outcomes is mental deterioration,” said Mielke.

The FDA is currently revisiting its 1980 decision that approved the use of lead acetate in dye.