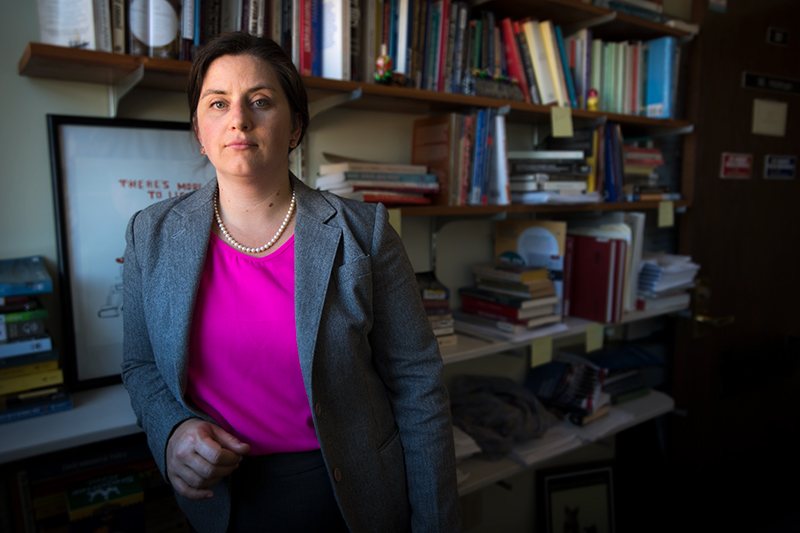 Fascinated by the intersection of faith and politics, Mirya Holman, associate professor of political science in the Tulane School of Liberal Arts, is decoding political messages contained in church sermons.

“American religion is unique,” said Holman. “I’ve done a couple of research projects looking at political and religious messages within churches and how those influence political behavior or preferences. For example, my recent work looked at messages about voting from the Catholic Church.”

For four years, Holman has collaborated with Constantine Boussalis, an assistant professor of political science at Trinity College Dublin, and Travis Coan, a senior lecturer in quantitative political science at the University of Exeter, to assemble a massive database of approximately 140,000 sermons written by pastors.

“Evangelical churches in the U.S. are interesting in that they have become increasingly politically active over the last 40 years.”

Holman said that the large dataset — which is primarily composed of sermons from Christian churches in the United States — provides a multitude of research opportunities, including an in-depth look within evangelical churches.

“Evangelical churches in the U.S. are interesting in that they have become increasingly politically active over the last 40 years, and we see that there’s an increasing alignment between evangelicalism and the Republican Party,” said Holman.

Holman said that her team first sought to determine how many of the pastors included in the dataset brought up political issues when addressing their congregations.

“We went through a methodologically rigorous process of identifying political terms and slang in these sermons, and we found that about 70 percent of pastors talk about political issues at some point in our dataset,” she said.

The team also noticed patterns when they studied the topics covered in the collection of sermons.

Holman’s team is currently working on publishing their findings.

“We think that this is important for understanding politics in the U.S. today,” she added.

Law class presidents are on a mission to inspire
Why learning business from the bottom up is best
Tulane social work dean uses virtual reality to help those fighting addiction
Pop-up exhibit celebrates Newcomb College history
Performing at Jazz Fest? Let us know!