Every year, more than 200,000 women in the United States are diagnosed with breast cancer. If one of those women is your sister, there is something you can do to help fight back  join the Sister Study. 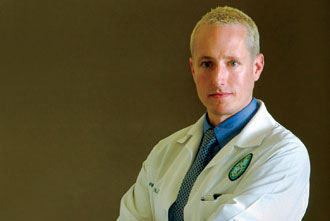 The Sister Study is a nationwide research effort being conducted by the National Institute of Environmental Health Sciences.

Its goal is to learn how environment and genes affect a woman's chances of getting breast cancer. Women between the ages of 35 and 74 whose sisters were diagnosed with breast cancer, but who have not had breast cancer themselves, can volunteer for the study.

“We know absolutely that genes influence the risk of developing breast cancer, but most women who develop the disease don't have one of the known breast cancer gene mutations,” says Timothy Pearman, clinical psychologist and director of Tulane Cancer Center's Patricia Trost Friedler Cancer Counseling Center.

“What we know a lot less about is how the environment affects the risk of developing breast cancer, and that's one of the areas this study is exploring.”

Watching your sister fight breast cancer can give you a sense of helplessness, Pearman adds. “Joining the Sister Study is a powerful way to do something that will make a difference so that future generations of daughters, granddaughters, sisters, nieces and friends won't have to experience this disease.”

Sisters of women who have had breast cancer have about twice the risk of developing breast cancer themselves. Because genes, experiences and environmental exposures will be more common in sisters than women who are not related, researchers are hoping the study will point to links between sisters' commonalities and higher risk for breast cancer.

“A scientific understanding of how our environment impacts cancer risk will lead to better health for future generations,” says Maureen Lichtveld, chair of the Department of Environmental Health Sciences at the Tulane School of Public Health and Tropical Medicine, which began offering graduate students a degree program in environmental oncology last fall.

Researchers hope to enroll 50,000 women from all backgrounds, occupations, races and ethnicities into the Sister Study. The study will continue to enroll volunteers until next summer or until 50,000 women have enrolled. So far, 47,000 from across the U.S. and Puerto Rico have enrolled, but only 52 are from the New Orleans area.

“New Orleans is being targeted now not only because we haven't enrolled as many participants as other major cities, but also because there is currently an under-representation of women of color in the Sister Study,” Pearman says. “It is important that African-American, Latina, Asian-American and Native-American women, as well as women over 55, participate so the results will benefit everyone.”

Participants answer a series of questionnaires about their life history, health, habits, experiences, jobs, hobbies and environmental exposures. Then a registered health technician comes to their home to collect small samples of blood, urine, toenails and house dust. After that, the Sister Study team checks in once a year for the next 10 years to learn about changes in the participant's health or environment. All information is kept private and confidential.

Melanie N. Cross is the public relations and marketing coordinator for the Tulane Cancer Center.