The role of the writer as reader 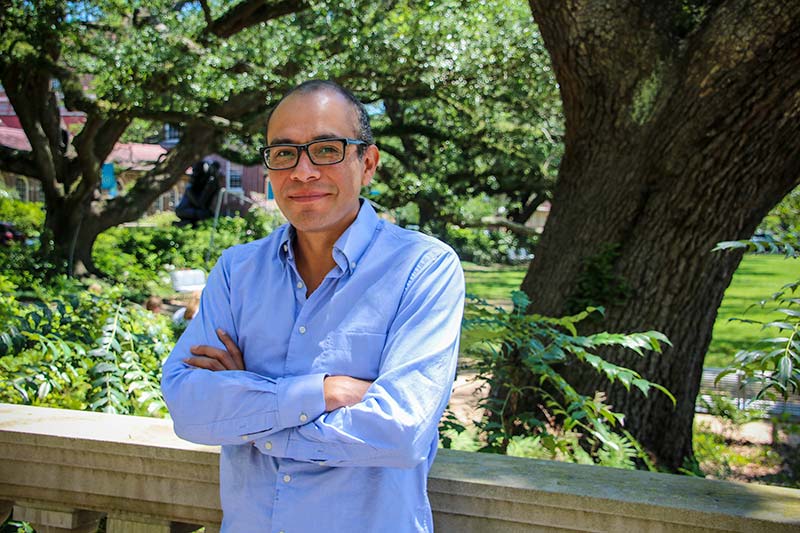 Yuri Herrera-Gutiérrez, assistant professor of Spanish and Portuguese in the Tulane School of Liberal Arts, recently won the Best Translated Book Award for Fiction from Three Percent, an international literary resource at the University of Rochester. (Photo by Arielle Pentes)

It is often said that the one of the best ways to learn about a country and its people is through its literature.

On Wednesday (Nov. 9), the Latin American Library of Tulane University is partnering with the Pirate’s Alley Faulkner Society to host a conversation between Jorge F. Hernández and Yuri Herrera, two of Mexico’s foremost writers today.

The event is held in collaboration with the National Endowment for the Arts BIG READ Program, which promotes community events that inspire conversation and discovery through reading.  Hernández is a novelist, essayist and journalist who lives in Madrid. He is in New Orleans to participate in the Faulkner Society’s annual literary festival, Words and Music.  His book Sun, Stone, and Shadows is an anthology of 20th-century Mexican short stories and is featured as a BIG READ choice by the NEA.  He also writes a column for Spain’s leading newspaper El País in which he expounds on a variety of contemporary cultural and literary topics.

Herrera is an assistant professor of Spanish and Portuguese in the Tulane University School of Liberal Arts and a rising star of contemporary Mexican fiction, with four novels, including the highly acclaimed Signs That Precede the End of the World, which recently appeared in English and was awarded the Best Translated Book Award for Fiction.

At the event, “Writers and Readers: A Conversation With Jorge F. Hernández and Yuri Herrera,” the authors will discuss aspects of their writing but also their roles as readers and the function of literature in the contemporary world.

The conversation is in English and will take place in the Freeman Auditorium at the Woldenberg Art Center at 6 p.m., while the reception and exhibit begin at 7:30 p.m. in the Latin American Library.

Both events are free and open to the public.