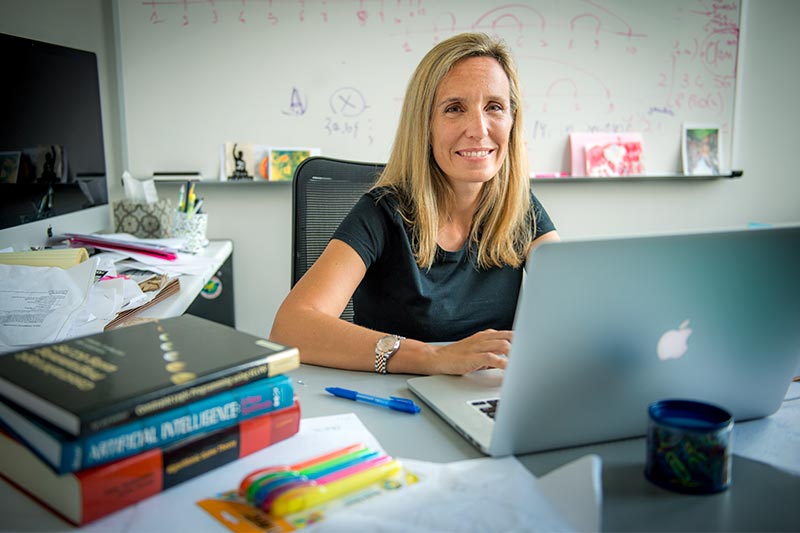 Brent Venable, associate professor of computer science at Tulane University, is mapping out the ethics and moral decisions of autonomous vehicles. (Photo by Paula Burch-Celentano)

It’s the stuff of science fiction and futuristic film: Self-driving vehicles are taking to the roadways in droves.

Computer scientists do more than simply program cars to stop and go. They map out the ”ethics” of driving, dealing with life and death situations on the street.

Venable, in collaboration with other artificial intelligence researchers and her undergraduate and graduate students, is at the forefront of work “embedding moral requirements into artificial agents.” Computers signify artificial agents here.

Writers and moviemakers have long worried that “artificial agents will become smarter than humans and then take over, in a sense,” said Venable.

But Venable said that she and other scientists in her group are looking into “moral preferences” that are “computationally feasible,” which means moral decisions “can be solved in a reasonable amount of time by a machine.”

A moral decision that a self-driving car might have to make is to determine whether to hit a pedestrian that crosses its path or swerve and go against a wall and harm the driver of the car. It’s a dilemma. After all, the pedestrian is “responsible” for the need of the car to leave its expected route.

A self-driving car might face another moral dilemma if its driver has a heart attack and a hospital is miles away. Should the car respect the speed limit or break it, speeding toward medical help? Or should it call 911?

Frameworks for such preferences are already available, said Venable.

“We now have to understand how to embed them in autonomous vehicles, the interaction, how much weight to put on the moral requirements, how detailed to make them, and what ethics to follow? Ontological or utilitarian?”

The Research for the Real World series features faculty research that directly impacts our daily lives. Recommend someone for the series via email.