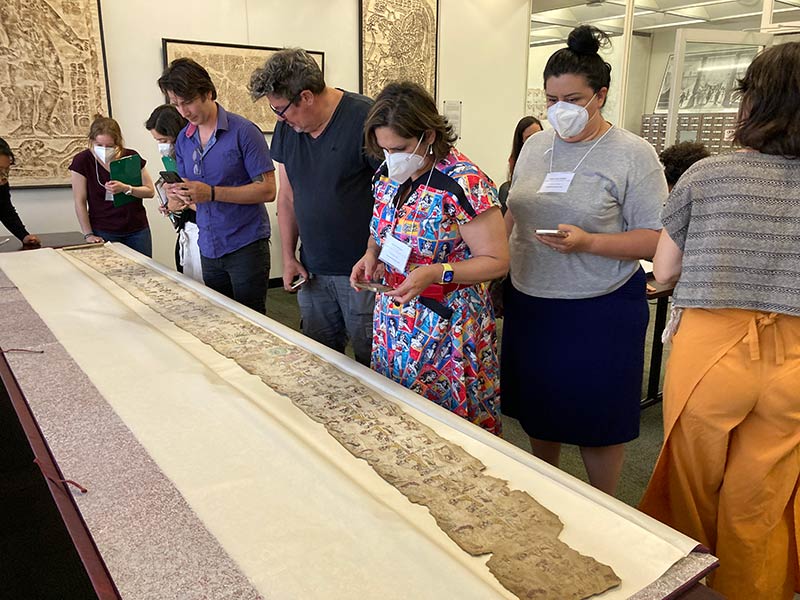 Scholars from universities around the world traveled to Tulane’s Latin American Library (LAL) this summer to attend Rare Book School.

Over the course of a week, the LAL offered the satellite course “Spanish American Textualities to c. 1820” through Rare Book School (RBS), a leading educational institute based at the University of Virginia and dedicated to the study of rare books, manuscripts and digital writing.

LAL librarians Hortensia Calvo, Christine Hernández and Rachel Stein co-designed and taught the course at the LAL to an enthusiastic group of 13 librarians, archivists and teaching faculty from prominent academic institutions, some of whom came from as far away as the University of Hawaii and Durham University in the United Kingdom.

Tulane was the perfect site for the course.

“There are few libraries where the history of early American textualities — from the writings of ancient Amerindians to the rise of newspapers in the 18th century — can be taught using the wealth of original materials housed at the Latin American Library,” said Calvo, the Doris Stone Director of the LAL, adding that the course examined “everything from rubbings of pre-Columbian stelae to Mesoamerican painted manuscripts, and first editions of early Spanish American and European printed books. I was thrilled that Tulane’s world-class collections could serve as a vast textual laboratory to tell these stories.”

The course explored the history of textualities in the region now referred to as “Spanish America” — those territories under Spanish rule, in both North and South America — from the pre-colonial to colonial period (c. 300 B.C. to c. 1820). Using the framework of “textualities” brought in a variety of modes of writing and recording employed before and after 1492, thereby significantly expanding the scope of the course beyond only the Western book.

The course was “one of the learning highlights of my professional career … thanks (to Drs. Calvo, Hernández and Stein) for such a thought provoking week,” said Sócrates Silva, Latin American and Iberian Studies librarian at Columbia and Cornell universities.

Tulane’s Latin American Library, on the fourth floor of the Howard-Tilton Memorial Library, will hold an open house on Friday, Sept. 16, from noon to 3 p.m. Members of the Tulane community and the general public are welcome. Read more about the open house here. 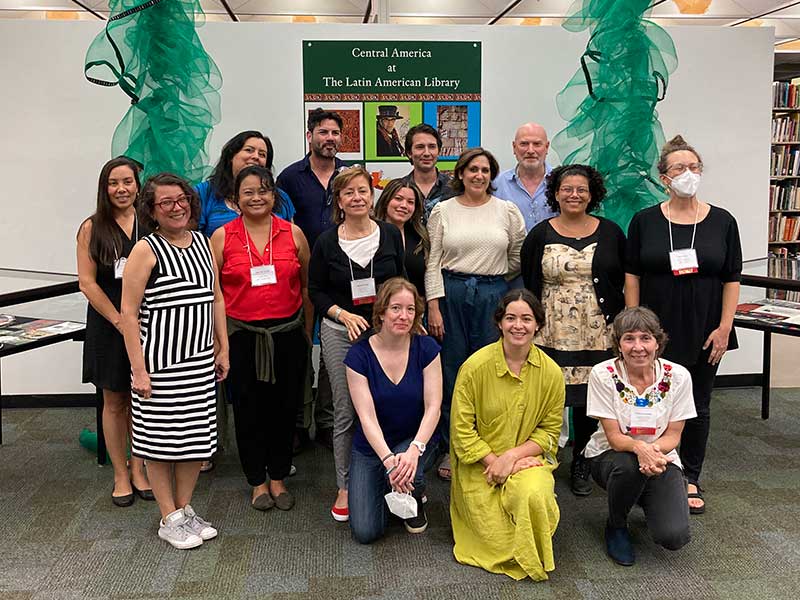