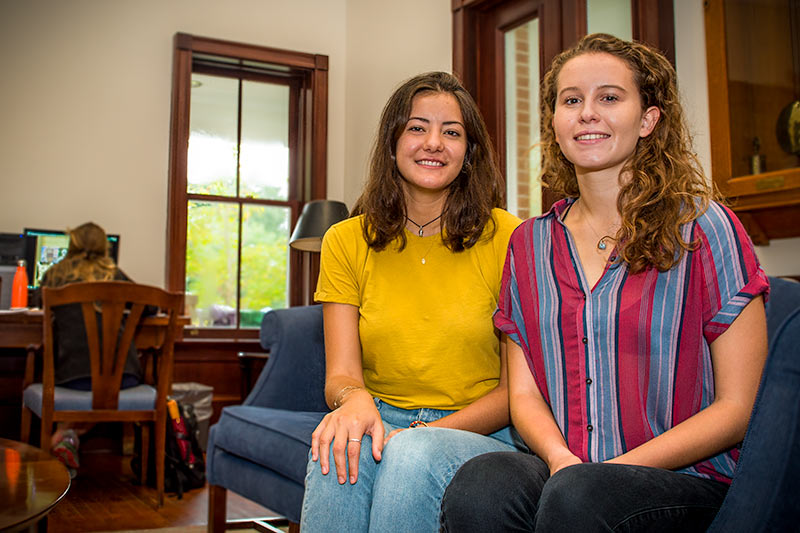 Tulane University students Giulia Duch and Lipaz Avigal learned firsthand about the complexities of integrating refugees into new communities by speaking with immigrants, NGOs, startups, journalists, and politicians in Europe this summer.

“Although camps in Greece receive the most media attention, the interviews in Western Europe show the story doesn’t end when refugees make it to Germany,” said Duch.

Their experience was possible because of the Jean Danielson Scholarship, named for the late Tulane University honors program director and well-known professor who challenged Newcomb-Tulane College Honors students to demonstrate intellectual curiosity and to think critically.

“It was a life-changing experience.”

Duch and Avigal were two of the four award recipients this summer, along with senior Reva Resstack and sophomore Hope Slon. Resstack volunteered with International Partners in El Salvador to create accepting environments for people with disabilities, while Slon volunteered in a Rwandan refugee camp.

Duch and Avigal traveled to Germany, Italy, the Netherlands, and Belgium, where they met a wide range of refugees, from a female judge and a fashion designer to women who were married at age 13. Avigal said that parts of the refugee community aren’t being reached because they are traumatized or don’t have the language or educational skills to assimilate.

Duch and Avigal concluded that the most successful integration attempts are those that focus on refugees as individuals rather than painting them with a broad brush.

“Human interaction is key,” said Avigal., who explained that though many Europeans were welcoming to “newcomers,” some mistakenly believed that refugees were there to take advantage of the welfare. However, Avigal said, “They were there by circumstance of war.”

Avigal is a sophomore and a dual U.S./Israeli citizen and Duch is a junior and a Spanish citizen,  both are students in the Tulane School of Liberal Arts.

Both found the opportunity to be face-to-face with those affected by the war in Syria a critical step in understanding the crisis. “It was a life-changing experience,” said Duch.