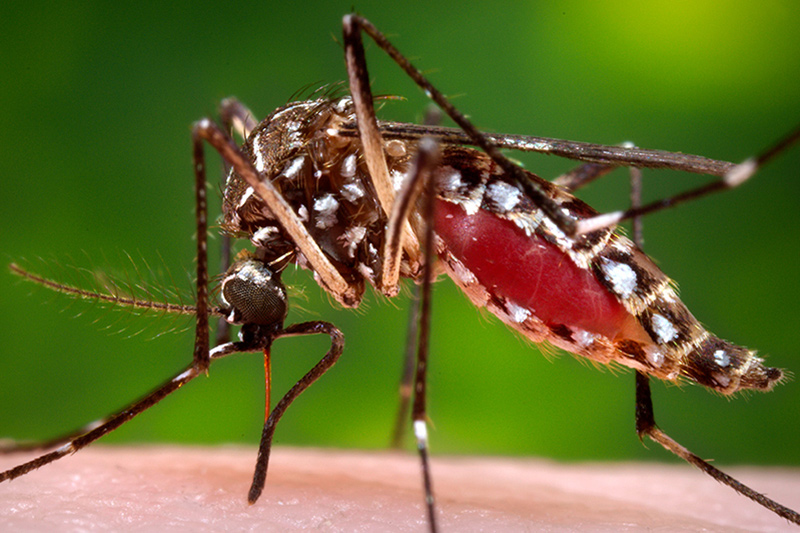 A. aegypti mosquitos play a leading role in spreading diseases such as Zika and dengue viruses. (Photo from the Centers for Disease Control)

Next time you slap a mosquito consider this – Tulane researchers are testing a strategy to alter the genes of female Aedes aegypti mosquitos so they die soon after a blood meal. A. aegypti mosquitos play a leading role in spreading diseases such as Zika and dengue viruses. The results of this research were published in the June 2017 issue of The FASEB Journal, the journal of the Federation of American Societies for Experimental Biology.

The research team, led by Patricia Y. Scaraffia, assistant professor in the Department of Tropical Medicine and member of the Vector-Borne Infectious Disease Center at the School of Public Health and Tropical Medicine at Tulane University, found that they increased mosquito deaths and decreased egg laying by altering the way female mosquitoes use a crucial protein called xanthine dehydrogenase 1 (XDH1).

“This novel finding can help researchers to design metabolism-based strategies to control populations of A. aegypti mosquitoes, vectors of diseases of public health significance,” says Scaraffia, adding that the team’s research has shown that either reducing the amount of XDH1 or blocking it entirely are effective ways to target mosquitos.