Speaking up for world languages, with Roxanne Dávila 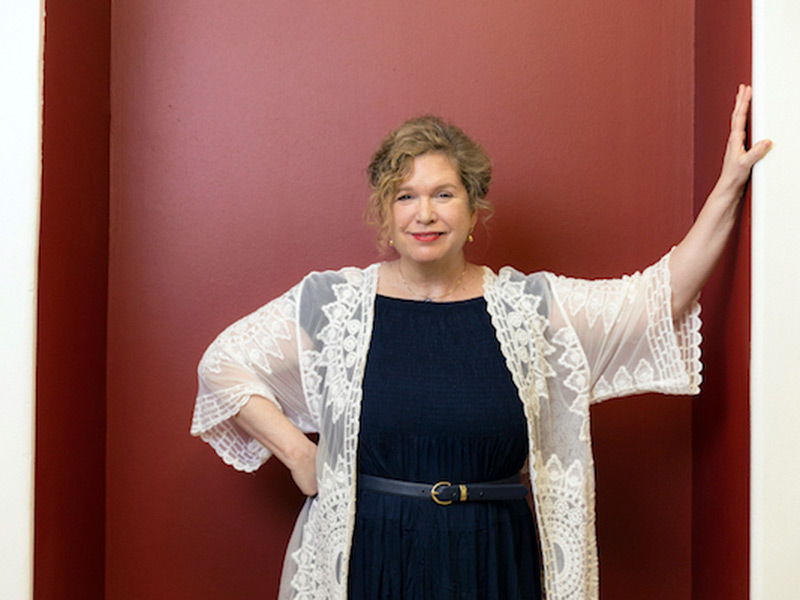 Roxanne Dávila is the School of Liberal Arts’ new associate dean for language pedagogy and initiatives, a role in which she will oversee all aspects relating to language learning and pedagogy and will lead the school’s strategic vision for advancing language learning, along with Dean Brian Edwards. (Photo by Rusty Costanza)

“Language proficiency allows our students to make invaluable cultural connections—both in and beyond the classroom,” said Roxanne Dávila, the new associate dean for language pedagogy and initiatives in the School of Liberal Arts. “Global Diversity Awareness Month” — celebrated in October — “helps us highlight the importance of an interconnective world through language learning.”

An advocate for renewed approaches to language learning, School of Liberal Arts Dean Brian Edwards is spearheading efforts to enrich students’ global perspectives, down to the detail of phrasing used to describe undergraduate language requirements. Edwards encourages them to move beyond the terminology of “foreign languages” and instead embrace “world languages” as a more current and future-focused lexicon. Pointing to the more than 300 languages spoken in the United States, Edwards focuses on language learning as a bridge between communities inside and outside the United States and as a means to open up students’ understanding of global and domestic complexity.

To support these efforts, Edwards recently appointed Dávila to the new post. In this role, Dávila oversees all aspects relating to language learning and pedagogy and, in dialogue with Edwards, leads the school’s strategic vision for advancing language learning at Tulane. She also supervises language placements across the school, manages the Language Learning Center, and continues her role as a senior professor of practice for Spanish and Portuguese, where she teaches a course on language-teaching methodology.

“Having someone with Roxanne’s talent and experience in this position allows us to make further progress on one of the School of Liberal Arts core strategic pillars: a global liberal arts,” said Edwards.

"The doors that open when one is proficient in numerous languages multiply, both professionally and personally,” said Dávila. “If part of our goal in the School of Liberal Arts is to train and prepare our students to be the outstanding professionals and scholars of the future, languages must be at the core of that training.”

Dávila believes that the inclusion of less commonly taught languages (LCTLs) such as American Sign Language (ASL), Hebrew and Haitian Creole, alongside the more commonly taught languages such as Spanish, French and German, and major world languages such as Mandarin, Japanese and Arabic, strengthens Tulane’s liberal arts offerings and creates an extensive interdisciplinary opportunity for students. Tulane offers approximately 20 different languages, including indigenous languages from Mesoamerica and the Gulf South.

Language for special purposes — previously known as languages for professions — is another approach that benefits students looking to go into the political, business, medical, public health or legal fields. Trends in language learning often follow trends in these areas, most recently seen in the increased enrollments in Russian language courses following global-political shifts in Russia and Ukraine.

“Having all of these languages at their fingertips allows students to be nimble in following trends and making language decisions that will help them enter the workforce in whatever capacity they choose,” Dávila continued. “Language study goes far beyond the ability to memorize vocabulary or conjugate verbs.”

Continuing to celebrate global diversity, in tandem with Tulane’s International Education Week, the School of Liberal Arts will welcome Peruvian-American writer, journalist and radio producer Daniel Alarcón to deliver its annual Bobby Yan Lectureship in Media and Social Change later this month. A 2021 MacArthur Fellow and professor of Journalism at Columbia University, Alarcón explores the social, cultural, and linguistic ties that connect people throughout Latin America and the United States. The Bobby Yan Lectureship, happening at 5:30 p.m. on Tuesday, Nov. 15, in the Freeman Auditorium, is free and open to the public but registration is required.