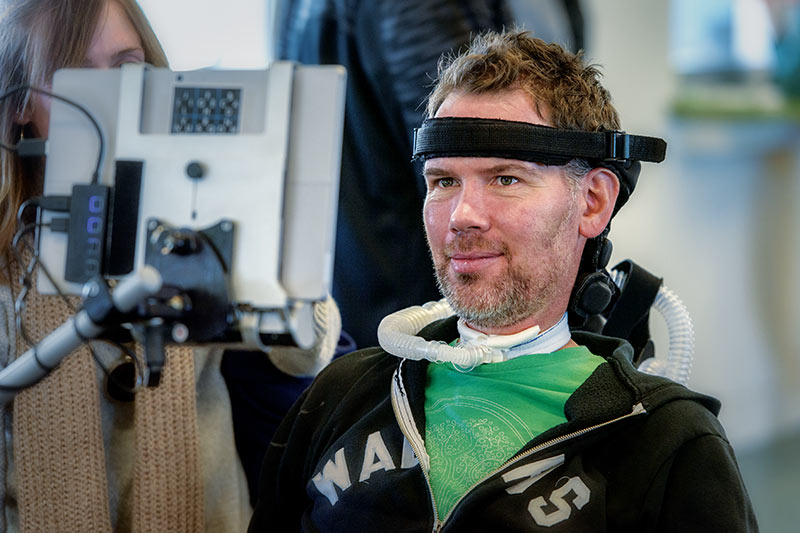 Tulane University alumnus Steve Gleason will be honored as the 2017 Tulane Outstanding Social Entrepreneur of the Year at the Albert Lepage Center for Entrepreneurship and Innovation Awards Gala on April 20. (Photo by Jackson Hill)

The average person types about 40 words a minute, fingers clicking on a keyboard to produce every word. Tulane University alumnus Steve Gleason can type about 20 words a minute, an incredible speed when you consider how he does it. Gleason’s eyes search for each letter on a digital keyboard, the words become letters, the letters sentences, no fingers involved.

“I believe, by expanding capabilities and reducing the need for assistance, others can be motivated to continue pursuing the things they love.”


More than six years after being diagnosed with amyotrophic lateral sclerosis, commonly referred to as ALS or Lou Gehrig’s disease, Gleason is busier than ever. The former New Orleans Saint can be found on the sidelines at most home games. The documentary about his battle with ALS, Gleason, debuted at the 2016 Sundance Film Festival, and he’s been touring film festivals and awards shows across the country for the last year.
Gleason’s biggest job is keeping up with his 5-year-old son, Rivers.

“I want to experience everything I can with him,” says Gleason. “He is incredibly active, so sitting idly is not an option.”

But ALS robs its victims of the ability to move, speak, even breathe without assistance.

The neurodegenerative disease affects nerve cells in the brain and spinal cord, leading to weakness and eventually paralysis. Many ALS patients only have three years of life beyond diagnosis. There is only one Food and Drug Administration–approved drug to treat ALS right now. The medicine modestly slows progression of the disease in some people.

Until a cure is found for ALS, Gleason is tackling it the only way he knows how, using technology.

Immediately after being diagnosed in 2011, Gleason researched communications devices. What he could find was outdated and expensive. 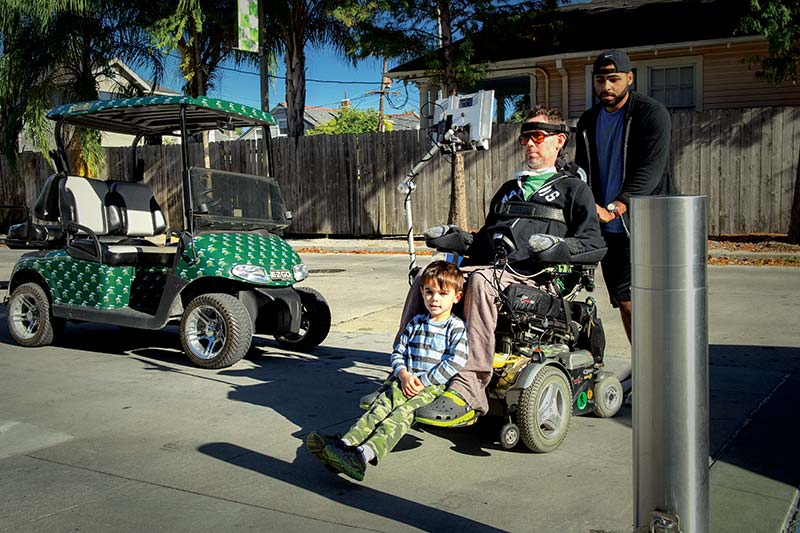 Steve Gleason heads to a Tulane football game with his son, Rivers. (Photo by Jackson Hill)