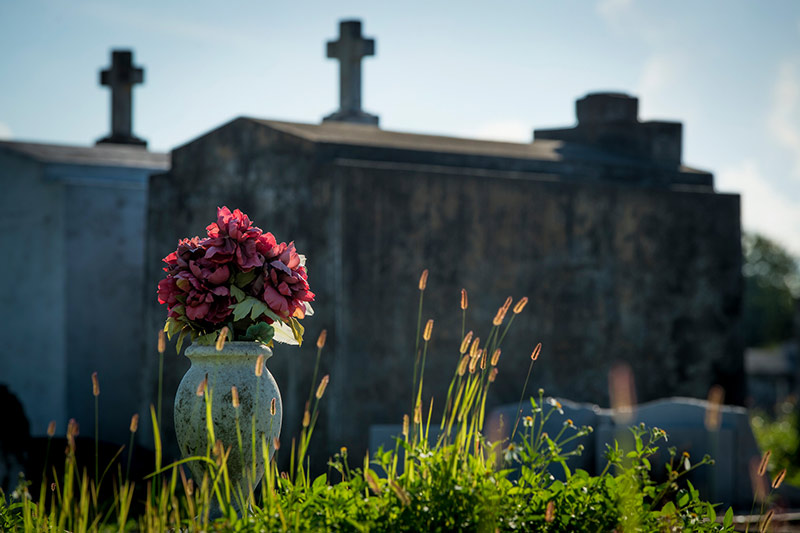 Through a course called “New Orleans Cities of the Dead: Cemetery Architecture and Its Cultural Legacy,” first-year students at Tulane are uncovering New Orleans’ hidden history by studying the final resting places of its citizens.

The Tulane Interdisciplinary Experience Seminar (TIDES) course is helmed by adjunct assistant professor Heather Knight, a 2006 graduate of the School of Architecture and former board member for the nonprofit organization Save Our Cemeteries.

Knight’s students analyze New Orleans’ various architectural styles, ranging from Gothic revival to Art Deco, by observing tombs in what Mark Twain famously referred to as “cities of the dead.”

“Cemeteries represent the various strata of society that you would have in the living population.”

“Cemeteries represent the various strata of society that you would have in the living population,” she said. “If you visit St. Louis Cemetery No. 1, you can still find family name plaques with epitaphs written in French and Spanish. If you visit Lafayette Cemetery No. 1, you will find more than a dozen immigrant populations, including German, Irish, Anglo and French surnames.”

Knight noted that understanding stewardship is a central goal of her course, as tombs need to be preserved from wear and tear caused by New Orleans’ climate.

“There’s an abundance of rainfall in our subtropical environment. Tombs act as straws, wicking moisture up from below-ground. If there’s a traditional lime plaster on the tomb, then moisture can leave it, but impermeable modern paint traps moisture in the tomb and causes degradation of the materials inside,” she said.

Knight also introduces students to local archives — tools that can uncover stories of individuals that have long been buried.

“For a lot of students, it’s their first visit to an archive. I wanted them to feel comfortable with primary documents,” said Knight.

Knight hopes that her students connected with the cemeteries’ history by observing these archival artifacts and will go forward with a unique understanding of why conserving them is so important.

Like this article? Keep reading: Cities of the dead