Karma Walkers, a documentary about 12 students from the Tulane School of Social Work who leave New Orleans for India to work with orphans, lepers and Tibetan refugees in the mountaintop kingdom of the Dalai Lama, premieres today (May 4) at an uptown campus event.

The film will be shown at 8 p.m. at the Freeman Auditorium in Woldenberg Art Center. The event is free and open to the public. 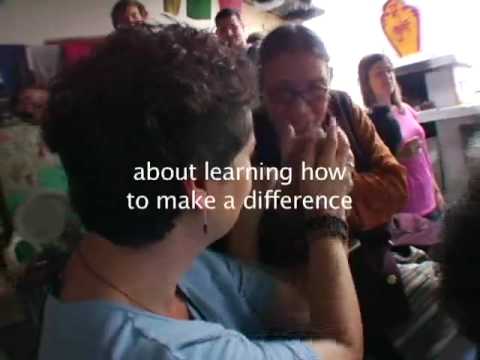 The documentary Karma Walkers is previewed in this video. The film will be shown at 8 p.m. today (May 4) on the uptown campus.

Since 2002, Ron Marks, dean of the School of Social Work, has led students on annual month-long immersion trips to Dharamsala, India, in the Himalayan Mountains, home of the Dalai Lama and the locus of the Tibetan government in exile. There, students have taught English, worked with orphans in the Tibetan Children's Village, consulted with the Tibetan government officials and learned about traditional Tibetan medicine.

Documentary filmmaker Bill Delano, the Travel Channel host of "Not Your Average Travel Guide," joined the group in 2007, documenting their daily activities as students, as social workers and as new visitors to a far-off land. The result is Karma Walkers, a 65-minute film that explores the transformative power of travel.

"Karma Walkers hopes to document how widening one's own circle of compassion can help facilitate the growth of a happier, more confident world," said Delano. "If you've ever thought about dropping everything to travel to the other side of the world to champion the cause of a displaced people, then this film might just inspire you to try."

A one-hour reception beginning at 7 p.m. will precede the film. There will be a question and answer session afterward with Delano and Marks, as well as some students who went on the trip and Tsering, a monk from Nepal who was one of the trip guides.