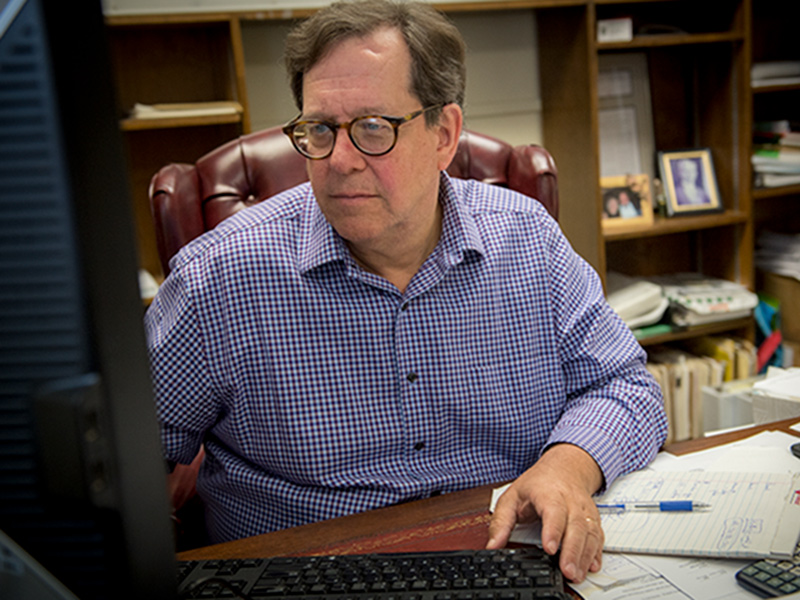 Prostate cancer therapies have shown significant advances during the past decade, with multiple new therapies being introduced for patients with advanced disease.

Now, the early results of a clinical trial published in the New England Journal of Medicine (NEJM) reveals for the first time that therapies based on tumor genetics – specifically DNA repair defects – may also show promise in treating some men with metastatic castration-resistant prostate cancer (mCRPC).

“This trial has shown a new breakthrough which I believe will lead to FDA approval,” said Oliver Sartor, MD, head of Tulane Cancer Center’s Prostate Cancer Research Program and a member of the Steering Committee that designed and implemented the international study. The study, called the PROfound trial has enrolled 387 patients at 221 sites across the globe, including Tulane. Sartor is also a co-author of the NEJM article.

The purpose of this phase-three study is to evaluate the efficacy and safety of olaparib versus enzalutamide or abiraterone acetate in subjects with mPRC who have failed prior treatment with a new hormonal agent and who have a qualifying mutation in one of 15 genes involved in a particular DNA repair pathway. DNA repair is essential for cellular life given the frequent damage that DNA sustains during the normal course of events.

Olaparib is a drug that belongs to a class of medications called PARP inhibitors, which inhibit the enzyme poly ADP ribose polymerase (PARP). PARP inhibitors have been used to treat selected cancers, including breast cancer, pancreatic cancers and ovarian cancer; however, this is the first published large trial in prostate cancer. PARP inhibitors selectively kill cells that lack certain forms of DNA repair (homologous recombination repair), but have relatively minor effects on cells with intact DNA repair pathways.

The trial divided patients into two cohorts based on the type genetic defect. Cohort A (245 patients) had at least one alteration in selected homologous recombination genes BRCA1, BRCA2, or ATM; cohort B (142 patients) had alterations in any of 12 other pre-specified homologous recombination repair genes. The patients were then randomly assigned (in a 2:1 ratio) to receive olaparib or the physician’s choice of enzalutamide or abiraterone (control).

“This is important not only because of the potential benefit that patients can receive, but it also represents a conceptual advance based on tumor genetics in terms of selecting therapies that can offer hope for mCRPC patients,” said Sartor. “With this advance, there will be increasing focus on underlying genetic alterations in tumors and the application of specific therapies based on those alterations – something we call precision oncology. Precision oncology has advanced in other tumors, notably lung and melanoma. This represents the first such advance in prostate cancer, which is practice changing.”