Surgeon’s legacy in transplant medicine stretches from coast to coast 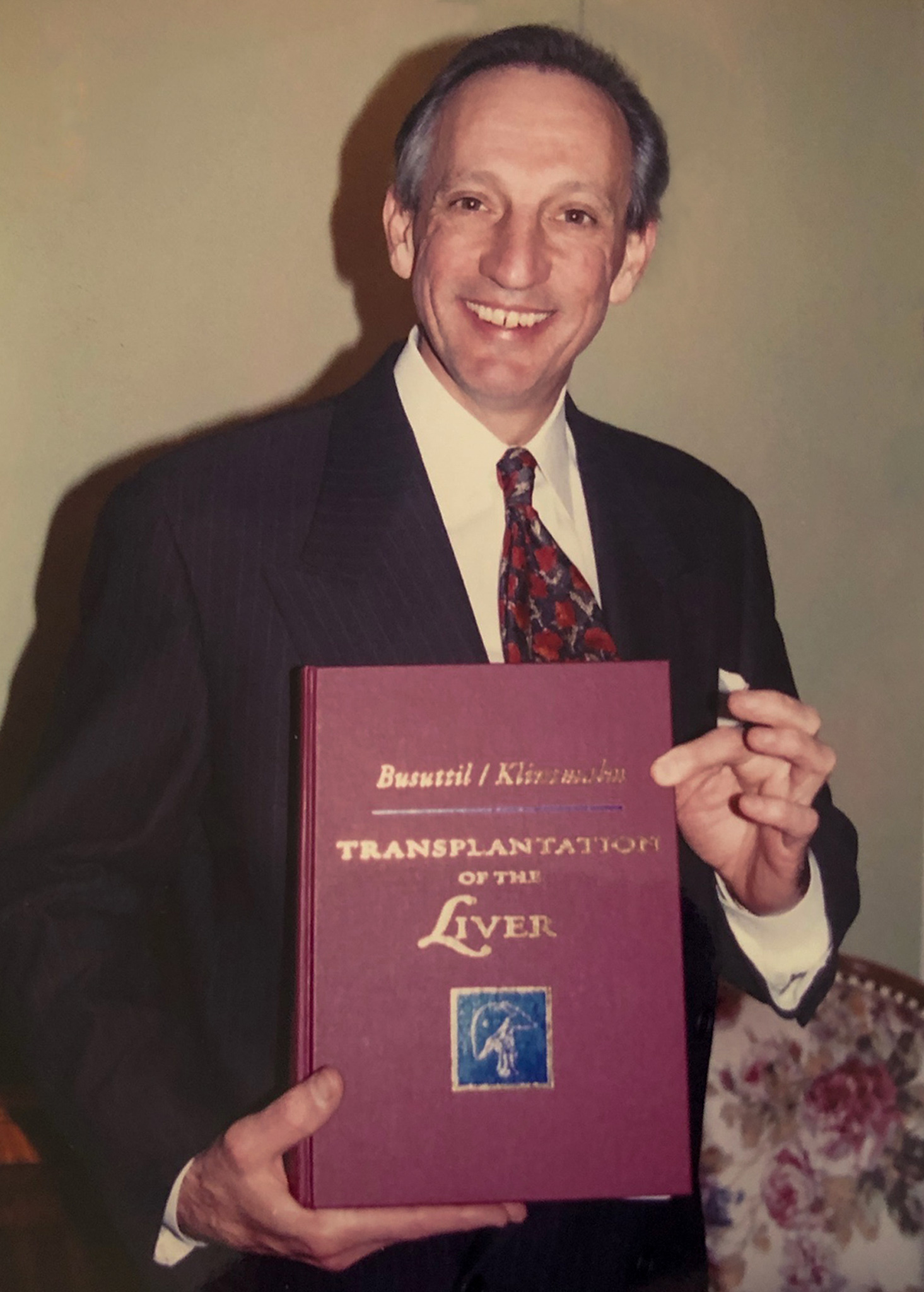 In the 36 years since Ronald W. Busuttil, MD, PhD (G ’71, M ’71, G ’75) founded the Liver Transplant Program at the University of California–Los Angeles (UCLA), 6,784 liver transplants have been performed. Of those, 5,627 were performed in adults and 1,156 in children — all lives that would have been lost without the procedure. Asked what motivates him every day, Busuttil explained that liver transplantation is a discipline that truly is a lifesaver.

Busuttil graduated with a medical degree and a Master of Science degree in pharmacology from Tulane University School of Medicine in 1971 and a PhD in pharmacology in 1975. He credits his education at Tulane with giving him a solid foundation for his career.

“The faculty was great, its reputation was stellar, and it totally solidified my goal to become a caring and committed physician,” said Busuttil. “Tulane medical school has been for years a top medical institution. Its goal is to provide the best training of physicians that will prepare them for taking care of the sickest patients and doing so in a compassionate and thoughtful manner. That is the definition of successful training and mentoring of medical students.”

At Tulane, Busuttil was exposed to physicians who made an impact on his own life and future career. Chief of Surgery Dr. Ted Drapanas inspired Busuttil to become an academic surgeon. “He was the consummate academic surgeon and was committed to saving lives, advancing the field and training the future leaders in surgery.”

Another important role model was Dr. Elmo Cerise, who was instrumental in the young surgeon’s training when Busuttil returned to Tulane to get his PhD in pharmacology. “During that time, I would assist him in his surgical cases about three mornings a week. The experience I had with this truly gifted surgeon was remarkable and further solidified my plan to become an academic surgeon.”

Busuttil commemorated his upcoming 50th reunion from Tulane by making a generous gift to the Tulane Department of Surgery’s liver transplant program.

“I could not have accomplished what I have in my career without the training and mentorship that I received at Tulane medical school. The mentors that I had were committed, compassionate and experts in their field. They always put the patient’s best interest first, along with providing outstanding clinical care, fostering scientific discovery and demonstrating a commitment to mentor the future leaders in their field.”

As a physician who has found great success in his chosen field, saved lives and prepared many future physicians, he has wise counsel for Tulane medical students who are currently studying to become physicians.

"My advice is to realize that you are privileged to be a part of a truly outstanding medical school — one with a great history and legacy. Training to be a physician can at times be very difficult due to long working hours, unexpected and unfortunate poor outcomes with a patient, and the need for full commitment to your profession. Despite this, the fact is that in the overwhelming majority of cases, you are saving lives, and will be making an incredibly positive impact on your patient, their families, your colleagues and your future trainees. There could be nothing more meaningful.”