A symposium of African writers to be held on Saturday (Nov. 1) is part of several literary events supported by the Tulane University Department of English Creative Writing Fund. 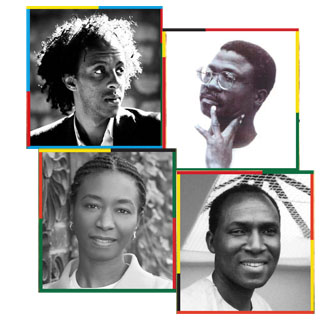 Saturday's event takes place in the Freeman Auditorium in the Woldenberg Art Center from 10 a.m. until 4 p.m. The symposium is free and open to the public.

Gaurav Desai, associate professor and chair of the Tulane English department, says that the symposium was structured around the residency of Mengenstu, whose work is being studied by many of the department's students. Mengenstu is the author of The Beautiful Things That Heaven Bears, a Los Angeles Times bestseller.

“We have seen increased enrollment in our creative writing program, especially with students wanting to learn more about African and Caribbean literature,” says Desai. “The students see just how connected the world is and they want to learn about the writings of those different cultures. We hope that interest trickles down to the community.”

The symposium will begin with each writer reading from his or her work, with each reading followed by a discussion led by a member of the Tulane creative writing program. There will be a one-hour break at noon for lunch, followed by a late-afternoon panel discussion co-moderated by Desai and Eileen Julien of Indiana University.

Desai says he is expecting a large turnout for the symposium. “We have had Africanist colleagues from across campus and from the city at large inquire about the event,” he says.

Osundare, a professor of English at the University of New Orleans, has published several books including The Eye of the Earth, winner of a Commonwealth Poetry Prize. Ali, who is currently a resident of Brooklyn, N.Y., has had both essays and fiction published in The New Yorker, The New York Times and Essence magazine. His collection of short fiction titled The Prophet of Zongo Street was described as “moving, subtle and ingeniously constructed” in a New York Times review.

Awarded the Wole Soyinka Prize for Literature in Africa for her debut novel Everything Good Will Come, Atta left a career as a certified public accountant to study creative writing at Antioch University in Los Angeles. She currently lives in Mississippi.

The next literary event offered by the English department will be held in March, when poet Billy Collins, the second visitor in the department's Poet Laureate series, will give a reading at McAlister Auditorium. In April, journalist, novelist and essayist Joan Didion will appear in the Great Writers Series.

More information on events and lectures can be found on the department's website.