Taking the lead in Zika prevention 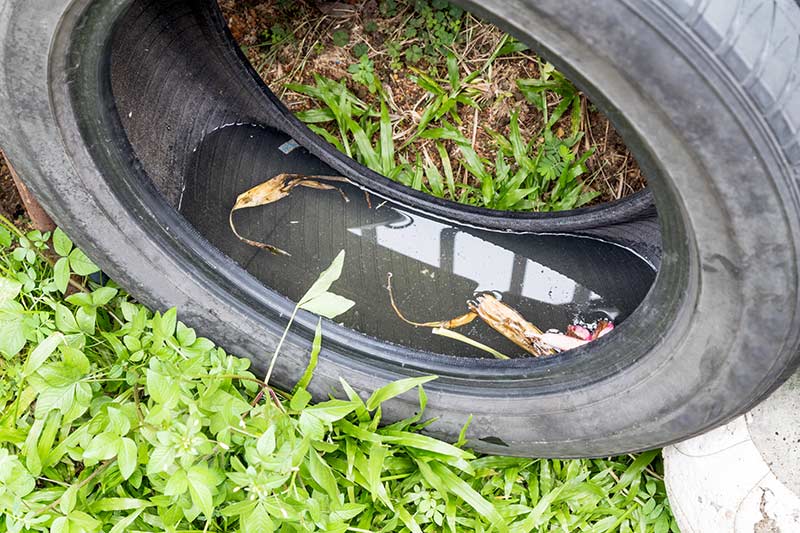 Seeking and eliminating standing water, a likely breeding ground for mosquitoes, is one several preventative measures in place at Tulane University to help curb the presence of Zika. (Photo from Thinkstock)

If you’ve noticed fewer mosquitoes on campus, it’s no coincidence. As part of a university-wide Zika readiness plan, facilities crews have stepped up prevention efforts in the past few months by spraying more frequently and clearing out anything that may hold standing water long enough for mosquitoes to breed.

Mosquito larvae can hatch in as little as two ounces of water.

“We’re being more vigilant about looking to find areas on campus that may easily contain and promote the growth of mosquito larvae such as water collecting in trash receptacles, dumpsters, drains, planters, utility enclosures, fountains — anything that might keep water standing longer than a week or so,” says Christopher Maurin, Tulane associate vice president of operations and maintenance.

“Tulane is taking the lead in researching Zika risks worldwide.”

Maurin and other Tulane officials have been sharing best-practices in Zika prevention with colleagues at area universities. Tulane’s Office of Emergency Preparedness hosted a training session earlier this month with the School of Public Health and Tropical Medicine to help area colleges better prepare and spread the word about Zika precautions.

“Tulane is taking the lead in researching Zika risks worldwide,” said Norris Yarbrough, assistant vice president of Emergency Preparedness and Response.  “We partnered with the city and state to put together a panel of leading Zika experts and asked them to focus on impacts to university campus life.”

More than 30 attended the training which focused on how to coordinate prevention strategies as well as how to spread health information to faculty and students.

There have been no locally transmitted cases of Zika in New Orleans, only cases where locals have acquired it while traveling outside the country. Zika is spread primarily through the bite of an infected mosquito, but it can also be sexually transmitted.