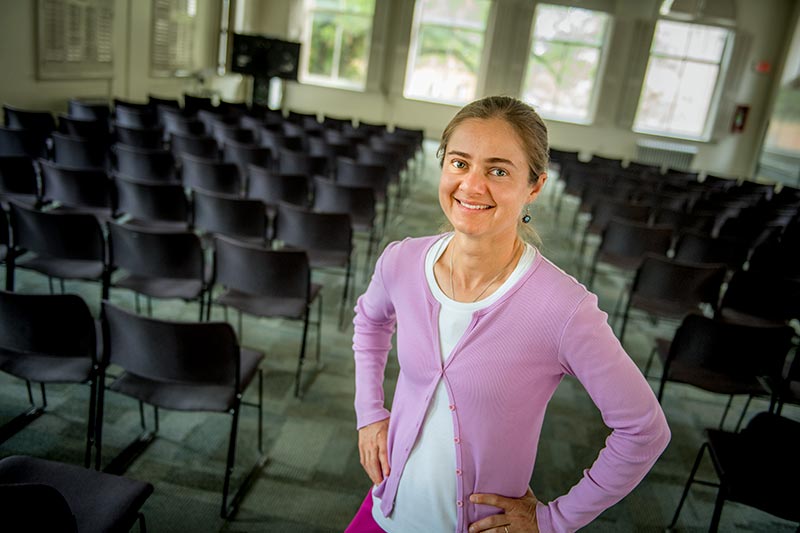 As a 1998 Tulane University tennis scholarship recipient, Anna Monhartova knows the benefits of being a team player. Motivated to help underserved children, Monhartova co-founded the organization A’s & Aces to teach tennis, a sport that has historically had limited access.

For her efforts with A’s & Aces, Monhartova, who is currently the associate director of the Phyllis M. Taylor Center For Social Innovation And Design Thinking, was recently honored with the Zurich Classic Community Impact Award.

Monhartova also received a $10,000 donation for the nonprofit during a ceremony held at the Roosevelt Hotel, part of the Zurich Classic PGA golf tournament festivities held in April.

Monhartova earned a bachelor’s degree in political science and Russian in 2001 and a doctorate in international development in 2008.

As the Greater New Orleans area began its post-Katrina recovery, local public school children were left with fewer options for after-school activities as the city began to rebuild. Recognizing that the storm’s devastation caused a shortage of local tennis courts, A’s & Aces aimed to introduce students to the sport within available gyms, cafeterias and playgrounds.

Monhartova credits co-founder David Schumacher, former women’s tennis head coach at Tulane, for being “the brains behind the concept.”

“He knew the local community and had a vision of what the organization would look like,” she said.

Together, they launched the organization in 2008 to provide academic assistance to children while teaching them life skills through the sport.

Starting with a group of 30 children, A’s & Aces has since grown considerably, with approximately 1,000 students enrolled in kindergarten through high school now participating annually.

“Sports can teach children discipline, teamwork and time management while also providing a way to develop social skills and build relationships,” she said.