Tiny houses to give homeless a new lease on life 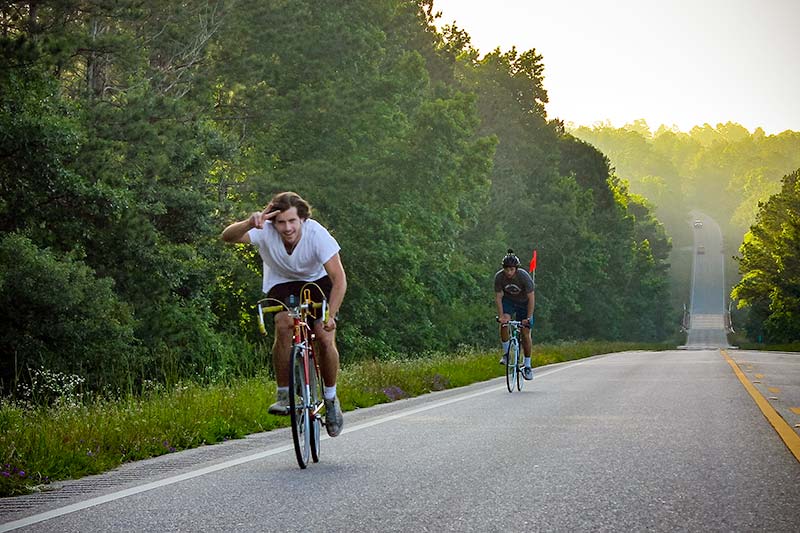 A group of Tulane University undergraduates with a mutual passion for service and cycling are working to construct tiny houses for New Orleans’ homeless population through their ReCycle Tiny Homes organization.

The local nonprofit, led by Jack Buczkowski, Harris Goldstein and Ben Klebanoff, uses the proceeds from sponsored cross-country bicycle trips to obtain the funds for construction.

Buczkowski, a native of Chicago, was first introduced to building tiny homes at age 14.

“That small amount of space gives a sense of permanency and ownership.”

“My uncle and I built a clubhouse in my backyard. I started converting it into a tiny house. During the summer, I would live in there and would add to it,” he said, noting that he eventually constructed a small kitchen, desk and bed for the unit.

After embarking on several long-distance bicycle trips, including a sponsored ride from Chicago to Los Angeles for World Bicycle Relief, Buczkowski decided to create a nonprofit organization that would raise funds through cycling. Tapping into his construction experience, he sought to build sustainable living spaces for the homeless.

After bringing Goldstein and Klebanoff on board to the project, Buczkowski developed a partnership with fellow nonprofit Santosha Village, a community of tiny shelters located on an acre of land within an eastern New Orleans neighborhood.

Equipped with electricity and water, the single-person homes include a cot and storage area. Occupants also have access to a community bathroom and kitchen.

“That small amount of space gives a sense of permanency and ownership. They can leave their stuff there, and then they don’t have to carry everything they own around with them,” said Buczkowski.

From May 15 through May 25, the group completed their first ride supporting the village—733 miles from Savannah, Georgia, to New Orleans.

Using the crowdfunding site GoFundMe, the team raised over $9,000, which will be used to build a new small residence on a mobile trailer.

The ReCycle Tiny Homes group hopes to organize more bike trips with volunteers from Tulane throughout the year.