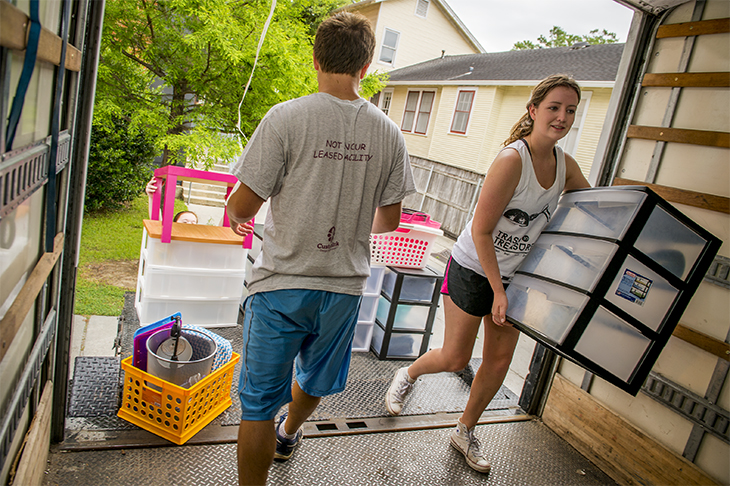 This week, Trash to Treasure is conducting an extensive collection process, taking in clothes, dorm supplies, bedding and anything else students don"t want. The group plans to resell the goods or donate them to charities in the fall semester. (Photo by Paula Burch-Celentano)

At the end of every semester, college students across the nation toss billions of furniture, clothes and room decorations away to rid themselves of their unwanted items before the summer. The amount of trash piling up at the end of each year is daunting to say the least. At Tulane University, this is where Trash to Treasure comes in.

“In addition to massive waste reduction, we're giving Tulane students a sustainable, cheap and convenient way to furnish their dorms.”


Margot Habets, one of the founders and volunteer coordinators of Trash for Treasure, got involved last year through the encouragement of her friend, and co-founder Anne Bevis.

“I knew it was my kind of thing when she told me about an idea to take useable dorm goods that would normally be thrown away and put them to good use,” Habets says.

Trash to Treasure is part of a greater sustainability movement on college campuses, promoting an environment where students can do their share to be kind to Mother Earth.

“Sustainability means a lot of different things to people, but to me it means lessening our impact on the earth, and this is the little thing that I can do for my future and the future of many more people,” says Habets.

After the sale, Trash to Treasure donates items left over to local charities.

“Our main focus will always be to reduce waste and to instill the ideas of reducing and reusing on Tulane"s campus.”

Claire Davenport is a first-year student at Tulane University, majoring in English and political science.