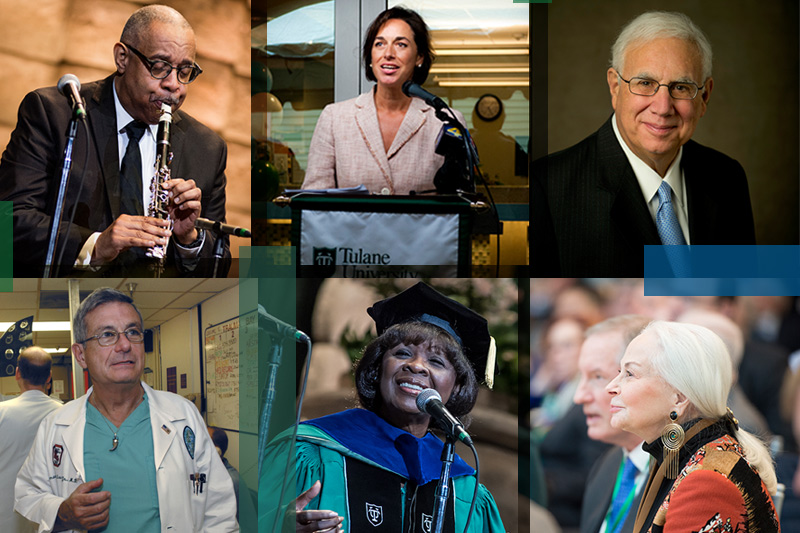 In celebration of New Orleans’ tricentennial year, The Advocate and The Times-Picayune are producing several series to chronicle the city’s illustrious history over the past three centuries.

Tulane University has held an integral role in that history.

Through “300 unique New Orleans moments,” The Advocate presents a timeline of unforgettable and significant events. Some of the moments spotlight influential Tulane alumni, like A. Baldwin Wood, whose invention of screw pumps received a patent on July 6, 1920, and Quint Davis, producer of the New Orleans Jazz and Heritage Festival.

The full list of historic moments, available here, includes the establishment of the Medical College of Louisiana, which would become Tulane University, in 1834 and the first Sugar Bowl held at Tulane Stadium in 1935 and much more.

The Times-Picayune is also producing an ongoing 300 for 300 series, in which 300 people who have impacted the Crescent City will be highlighted by the project’s end.

The honorees were chosen by a selection committee led by 1987 A. B. Freeman School of Business graduate Tim Williamson, former president of NOLA Media Group.

Several of the featured New Orleans notables hold ties to Tulane, like president emeritus Scott Cowen, who was instrumental in the university’s recovery from Hurricane Katrina, and Irma Thomas, the Grammy-winning “Soul Queen of New Orleans” who received an honorary doctorate from the university in 2018.

See the list below for other Tulanians who have been featured in the series so far.