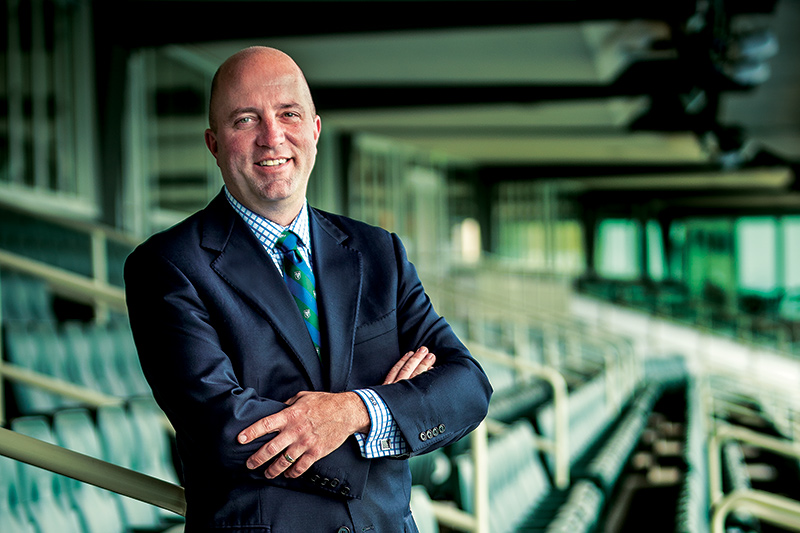 Tulane athletic director Troy Dannen was as nervous as any Green Wave fan that November afternoon at Ford Stadium in Dallas. The Wave was one yard and nine seconds away from becoming bowl eligible, and Dannen was already envisioning the end zone celebration.

There certainly was a celebration, but as the clocked ticked down to 0:00 it was the Mustangs of SMU who were doing the chest bumping and dancing. As Tulane quarterback Jonathan Banks ran toward the goal line, he was met by an SMU linebacker, who officials said tackled him before he crossed the goal line.

Despite the controversy surrounding the play—which was covered by Sports Illustrated, ESPN and other national media outlets—Dannen knew this would be a tough loss to overcome. But he also knew that something positive would come from it.

“I saw our fan base, our alumni base, rally around us,” Dannen said seven months later. “It wasn’t, ‘Tulane found a way to lose again’ or ‘Woe is us.’ I felt that everyone had united. They really understood where the program had come in the first two years under (head coach) Willie (Fritz).”

Dannen was speaking from his office on the third floor of the Wilson Center, just outside Yulman Stadium. It was mid-July, and he was already feeling the buzz surrounding the start of the 2018 season. “There’s a different level of hunger,” he said. “The Tulane freshman class is the highest ranked Tulane has ever had. Everyone realizes we belong here and we can beat anyone we play in the league.”

Dannen, who has been on the job for nearly three years, readily admits that football takes up a lot of his time. But being an athletic director, he says, is so much more. Since taking the helm of Tulane athletics in December 2015, he has hired several coaches, reorganized his staff and introduced sailing as a varsity sport. He resurrected the Angry Wave logo. And he’s traveled far and wide as part of the Wave 100 fundraising campaign, which aims to grow Green Wave Club membership and to tell the story of Green Wave student-athletes, coaches and staff.

Looking ahead, Dannen is hoping to raise enough money in the coming years to build a comprehensive performance center and a tennis competition facility.

“The weight room needs to be improved, we need to add more space, more amenities, more academic support space,” Dannen said. Such improvements can only enhance recruiting efforts, putting it on a level comparable to such private institutions as Duke, Vanderbilt and Stanford.

“Since the ’98 (undefeated) team, we haven’t given the fans a lot to embrace,” he said. “People will walk away if you’re not successful and you’re not fun. And winning is fun. I’m a big believer that people are waiting for good things to happen so they can get engaged and involved.”

Editor’s note: This article appeared first in the September 2018 issue of Tulanian.