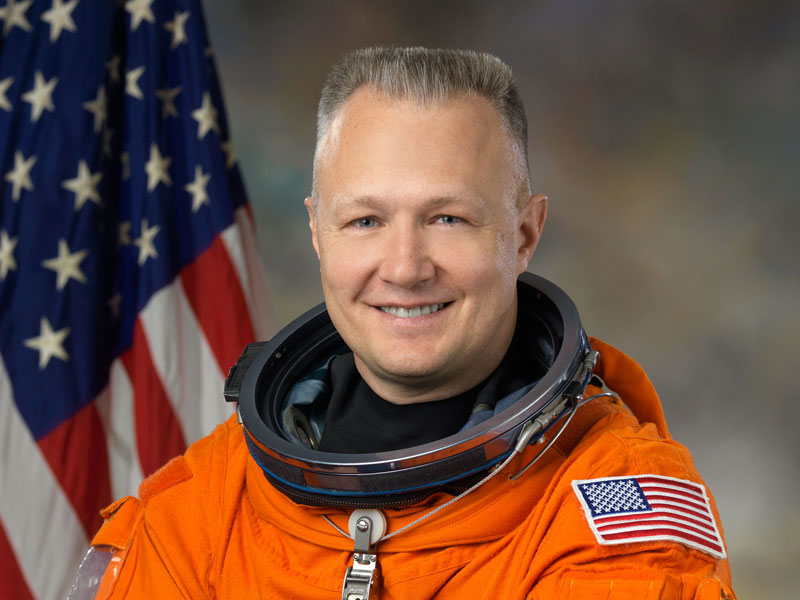 Douglas G. Hurley, who graduated from Tulane with a degree in civil engineering, is one of two astronauts manning the Demo-2 mission on SpaceX’s Crew Dragon spacecraft. (Photo provided by National Aeronautics and Space Administration)

When NASA’s Commercial Crew Program blasts off for the International Space Station (ISS) on May 30, one of the two crew members will be riding with a payload of Green Wave pride.

Douglas G. Hurley, who graduated from Tulane’s School of Engineering with a degree in civil engineering in 1988, is one of two astronauts manning the Demo-2 mission on SpaceX’s Crew Dragon spacecraft, the first crewed flight for that vehicle and part of a collaborative commercial effort between NASA and commercial launch provider SpaceX.

A former U.S. Marine Corps test pilot and fighter pilot (he worked on the early development of the F18 Super Hornet), Hurley was named as a NASA astronaut in 2000. He is a veteran of two spaceflights, in 2009 and 2011, and was appointed to NASA’s Commercial Crew Cadre in 2015.

In a series of NASA interviews, Hurley lauded the efforts of thousands of NASA and SpaceX personnel over almost a decade, leading up to the May 2020 launch.

“I can’t even begin to tell you the amount of effort and sacrifice and travel and general hard work that has gone into this program,” he said. “You can’t name all the people that are responsible, nor can you thank them enough.”

Hurley said that he expected his SpaceX launch day to be similar to his shuttle launches: wake up about six hours beforehand, go for a run, eat breakfast, have a medical check, suit up.

“It’s the same suit-up room that astronauts have been using since Apollo, down in Kennedy [Space Center]” in Florida, he added.

He compared an astronaut’s experience on launch day to an athlete preparing for a playoff game, but, recalling his first shuttle experience, noted it’s not all adrenaline.

“With the shuttle you were on your back for almost four hours waiting to launch. Part of it was, ‘Let’s get this over with and get going,’” he said. But ultimately he described “the sensations, the rumbling, the shaking, the acceleration” as overwhelming. Mesmerized by the engines, he almost forgot to look out the window as the shuttle hurtled away from Earth.

Suddenly the skies darkened and the engines shut off. “You go from 3Gs to 0Gs instantaneously, and things start floating. I remember distinctly thinking, ‘What just happened? Because eight and a half minutes ago I was on Earth and now I’m in space, and my entire reality is completely adjusted.’”

Thursday’s launch will mark the beginning of the crewed flight test for SpaceX’s Crew Dragon. According to NASA, it will validate all aspects of the spacecraft’s capabilities. About 24 hours after liftoff, Hurley and his fellow astronaut Bob Behnken will reach and dock with ISS, where the crew members will stay for up to 119 days, depending on the workload and other factors.

When Hurley and Behnken return to Earth, the mission will be capped off by a splashdown in the Atlantic Ocean off the coast of Florida. 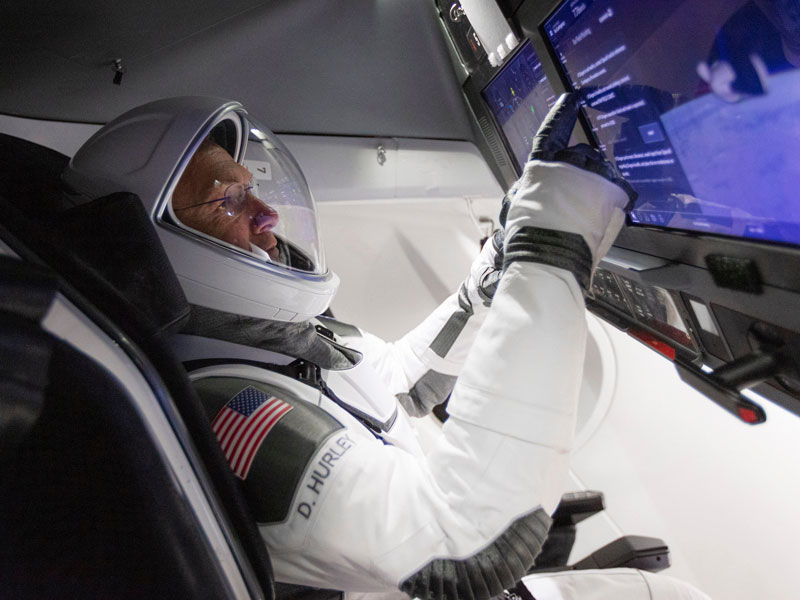