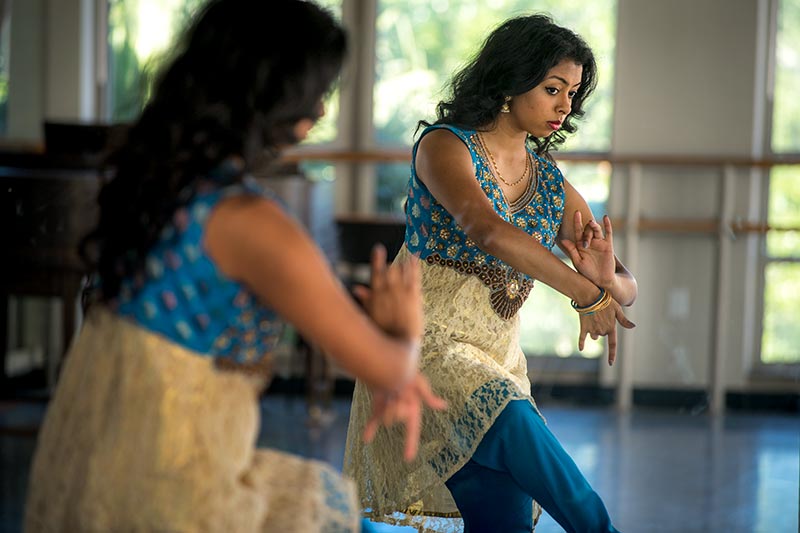 Jazbaa, Tulane University’s Bollywood dance team, took Carnival in New Orleans by storm when they debuted in three parades ahead of Mardi Gras 2017. The team, which has a goal of competing in regional and national dance competitions, is the first of its kind on the Tulane campus.

Team captain Dinika Singh, who double majors in biomedical engineering and dance, said that New Orleans is known for its mash-up of different cultures and musical genres — Jazbaa fills the Bollywood void.

“We wanted to bring a little Bollywood flavor to Mardi Gras especially,” said Singh. “It was such a bonding experience to parade with like-minded girls. It was a great way to share the passion that is Jazbaa.”

“The name Jazbaa is fitting because of everyone’s passion to share Bollywood culture throughout New Orleans.”

The group’s name was chosen by Tulane alumna and Jazbaa founder Neha Dhawan, based on the meaning of the Hindi word that translates to “passion” in English. Dhawan earned a bachelor’s degree in 2014 and a master’s degree in 2016 in public health.

“The name Jazbaa is fitting because of everyone’s passion to share Bollywood culture throughout New Orleans,” Singh said.

ABC’s News With A Twist recently highlighted the group on its evening news program.

Singh said the group’s current goal is gain recognition that will help to raise the funds needed to compete in next year’s collegiate dance competition circuit.

“Being captain of this team has changed my life for the better,” said Singh. “I value the time and energy these girls put into making performances. The dances are a joy to choreograph and perform.”

Jazbaa was formed in 2016 and has grown to include 15 women with many majors and varying previous dance experience. Singh choreographs for the team and an executive board takes care of costumes and booking. To date, Jazbaa has performed locally at weddings, corporate events and at local schools.

Anything is possible with a posse behind you
Book examines Vietnamese community’s successful post-Katrina recovery
Fest flashback
Newcomb pottery intersects with New Orleans jazz
Guess who offered each pearl of wisdom?