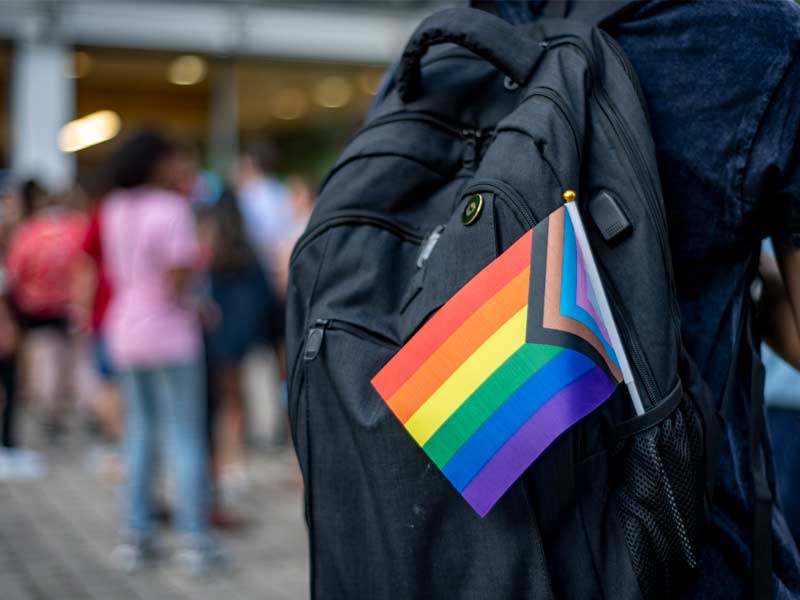 The LGBTQ+ Research Collective seeks to improve the health and well-being of LGBTQ+ individuals through research, advocacy, initiatives, community engagement and collaboration. (Photo by Paula Burch-Celentano)

The Tulane LGBTQ+ Research Collective aims to bring together researchers from across the university who share an interest in issues affecting the LGBTQ+ community.

The collective seeks to improve the health and well-being of LGBTQ+ individuals through research, advocacy, initiatives, community engagement and collaboration.

The group originated from an idea by Anneliese Singh, associate provost for diversity and faculty development and chief diversity officer, after she met with Manuel “Manny” Ocasio (he/him), assistant professor of pediatrics at the School of Medicine. Ocasio mentioned to Singh that he conducts LGBTQ-focused research, and she later asked him to help start and facilitate a collective at the university.

Now, almost a year later, the collective meets on a monthly basis. Although Ocasio initially envisioned that the group would focus heavily on research, the scope of the group has widened.

“We started realizing that folks have ancillary interests in research, and it became more about issues (affecting the community), more generally speaking,” Ocasio said. The collective “creates space” for faculty, researchers and staff to discuss concerns of the LGBTQ+ community, such as employment and housing protections, gender-affirming care and more.

“Throughout the meetings that we’ve had people have expressed interest in focusing on things that will support legislation, or legislative change, and also impact (university) curriculum.” The group has discussed approaches to incorporate research into potential initiatives and policies. It has also examined more resources for faculty members to better discuss and include LGBTQ-related subject matter within coursework.

The collective also provides the opportunity to bring awareness and engage with individuals outside the LGBTQ+ community or those who aren’t as knowledgeable about these issues, Ocasio said. “The fact that EDI is becoming such a ‘hot’ topic or debated topic — depending on who you’re talking to — sometimes LGBTQ+ issues aren’t always at the forefront or considered.”

In addition to building on the groundwork the collective has already laid, Ocasio hopes that the group can serve as a conduit for connecting researchers who are focused on LGBTQ+ health so they can collaborate on future projects and that the collective can act as a catalyst for obtaining funding for student and junior researchers.

The LGBTQ+ Research Collective is open to faculty and staff who are interested.

“It’s figuring out how to put everybody’s efforts together,” Ocasio said.

The collective will meet on Sept. 20 at noon. Those who are interested in attending an upcoming meeting can contact Manuel Ocasio at mocasio@tulane.edu.

Hundreds participate in Outreach Tulane, student-led day of community service
Back in action for fall 2022 semester
Band together
Trash to Treasure sale inspires Tulanians to repurpose and reuse
Newest Tulanians welcomed at Convocation and encouraged to keep minds ‘open’