Tulane to host symposium on the literary history of New Orleans 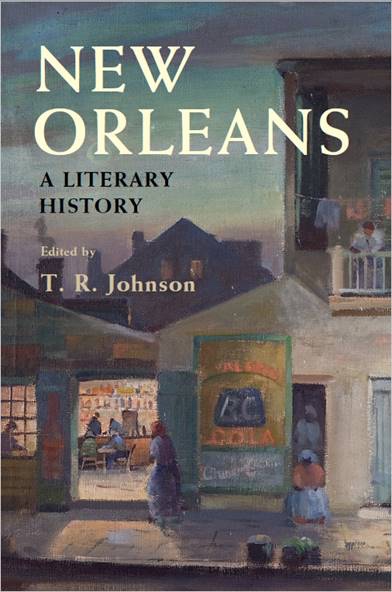 New Orleans: A Literary History edited by T.R. Johnson, English professor at Tulane, examines the history of the most significant literature the city has inspired. A symposium that draws from the book will be held on Saturday, Jan. 25 at Tulane's Lavin-Bernick Center for University Life.

New Orleans is a city that contains several aspects that make it exceptionally unique – from the sights, the sounds and the tastes to its rich literary tradition.

New Orleans: A Literary History edited by T.R. Johnson, English professor at Tulane University, delves into the history of the most significant literature from different generations and communities, focusing especially on writing that examines the meaning of the city, and in turn, the literature the city has inspired.

“It’s just astounding how much really important writing about really interesting issues has accumulated over 300 years about this place and in this place,” Johnson said.

A free, day-long symposium that draws from Johnson’s book will be held on Saturday, Jan. 25 from 9 a.m. to 6:30 p.m. in the Stibbs conference room of Tulane’s Lavin-Bernick Center for University Life.

The symposium will feature nearly 20 writers and scholars who contributed to the book’s 27 essays. The day will include panel discussions on the interconnections between the book’s chapters and the overarching themes of the city’s literary tradition.

Discussion topics include, “Creolism and Cosmopolitanism in the 18th - 19th Centuries,” “Heroes and Home in the 20th - 21st Centuries,” “New Orleans’ Literary Legacies of Color,” and “Land, Weather, Water, and What’s Next for Literary New Orleans.” Following the panel discussions, Maurice Carlos Ruffin, New Orleans native and award-winning author of the novel We Cast a Shadow, will deliver the keynote address. A reception with music will follow.

Johnson says the symposium will be a great opportunity to highlight another facet of the city that isn’t heard about as often as others.

“The wonderful music and the kind of dancing, parties, festive nature of the city is so pronounced that we maybe lose sight of the less conspicuous and less obvious, quieter traditions, which is a tradition of extraordinary writing,” he said.