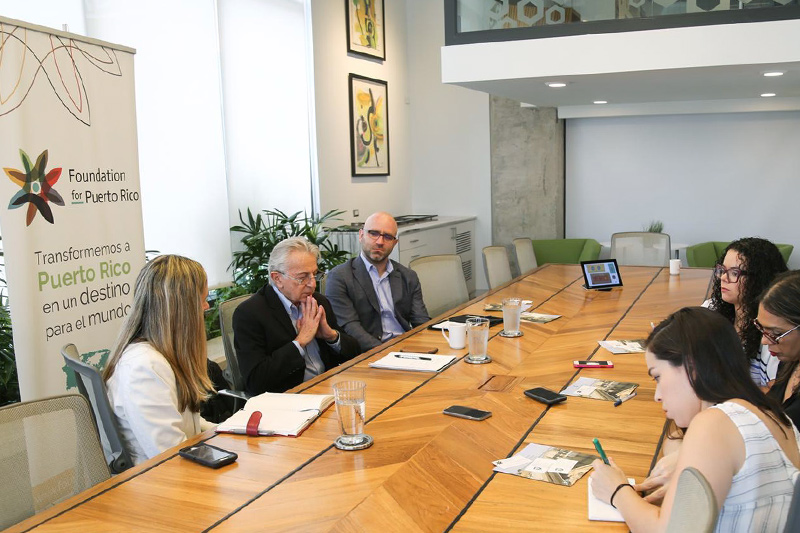 As Puerto Rico marks the one-year anniversary of Hurricane Maria this week, officials from Tulane University’s Disaster Resilience Leadership Academy (DRLA) are on the island discussing the state of mental health post disaster.

DRLA Director Reggie Ferreira and Charles Figley, director of the Tulane Trauma Institute, are in Puerto Rico at the invitation of the Foundation for Puerto Rico, a nonprofit organization that promotes economic and social development.

Figley and Ferreira are working with the foundation to assess Puerto Rico’s need for disaster mental health research and services, and to train NGO leaders in disaster resilience leadership, share lessons learned from Katrina and other major disasters, and help local universities develop disaster resilience and trauma courses and programs.

“They are especially interested to learn more about New Orleans and disaster recovery as it relates to Hurricane Katrina.”

While in Puerto Rico, they will also attend a memorial service for the victims.

Hurricane Maria made landfall as a Category 4 storm on Sept. 20, 2017, and a George Washington University study estimated that 2,975 people died over the subsequent five months. Suicide and suicide attempts have created a major mental health crisis.

“The response to our visit has been amazing,” said Ferreira, who has been visiting Puerto Rico regularly since April. “The folks here have been very open and appreciative of our assistance. They are especially interested to learn more about New Orleans and disaster recovery as it relates to Hurricane Katrina.”

One of the main goals of the visit is to develop a comprehensive and collaborative resilience consortium in partnership with the Foundation for Puerto Rico. “Resilience is the ability to grow and withstand the most severe of circumstances,” Ferreira said. “The aim of the consortium will be to share resources and provide a path forward for mental health in Puerto Rico post-Maria.”

When Tulane University hosted foundation President and Chief Operating Officer Annie Mayol in March, she was overwhelmed by the work of the DRLA, a program of the Tulane School of Social Work.

“She wanted to learn more about the recovery post-Katrina,” Ferreira said. “She felt that the DRLA was a true trailblazer as it relates to post-disaster recovery and mental health.”