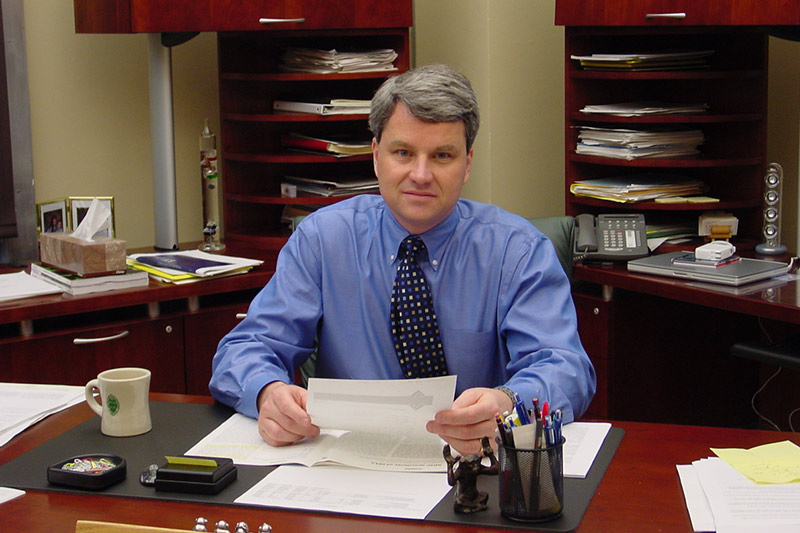 Dr. Andrew Lackner, who served as director of the Tulane National Primate Research Center since 2001, passed away Sunday, April 2.

Here is an excerpt from a message President Fitts sent to the Tulane National Primate Research Center community Sunday, April 2, after the passing of their longtime and beloved Director Andrew Lackner.

It is with great sadness that I write to you. Our colleague Dr. Andrew Lackner, who served as director of the Tulane National Primate Research Center since 2001, passed away today.

I offer my deepest sympathy to you who were closest to this great scientist, administrator and friend. Andrew’s steady leadership guided the Primate Center through some of its most trying and triumphant times, including Hurricane Katrina, construction of a $27.5 million Regional Biosafety Laboratory and breakthroughs in HIV/AIDS, malaria, Lyme disease, West Nile virus, tuberculosis, Zika, Ebola and other diseases.

Before coming to Tulane, Andrew was an associate professor of pathology at Harvard Medical School and chairman of the division of comparative pathology at the New England Regional Primate Research Center. Though he donned the suit and tie of an administrator, he never surrendered the white coat of the researcher, the passion of the teacher or the dogged pursuit of the scientist.

When asked why he chose a career devoted to researching life-threatening diseases, this widely published, respected and award-winning scientist would simply answer, "I like figuring out why things are broken."

Andrew earned his Doctor of Veterinary Medicine from Colorado State University in 1984 and his PhD from the University of California, Davis in 1988. One visit to Andrew’s office, however, would tell you that his interests were not exclusive to scientific inquiry and ranged from music to the arts to his beloved West, where he had spent so much of his life and hoped one day to return.

A lake may have stood between the Primate Center and Tulane’s other campuses but it never divided or separated them in Andrew’s mind. He opened his labs and facilities to researchers from the School of Medicine, the School of Public Health and Tropical Medicine and the School of Science and Engineering.

All Tulanians are now united once again in mourning his passing.