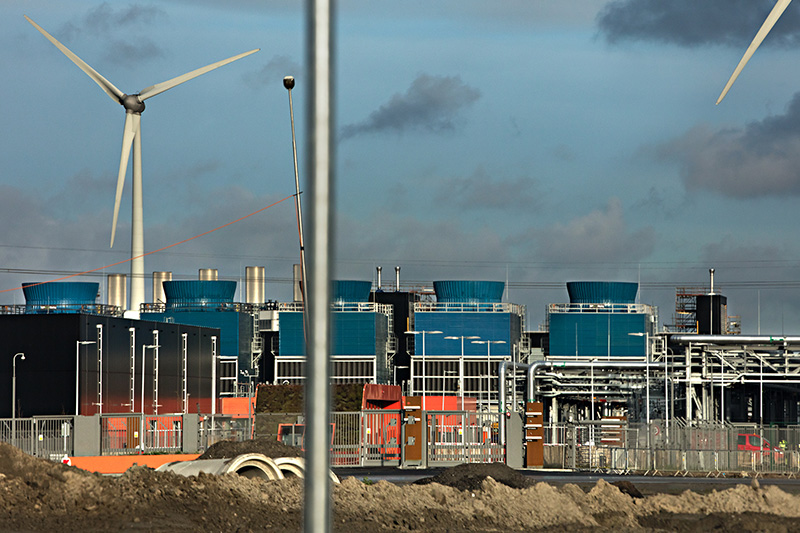 Artistically intrigued by the unseen, AnnieLaurie Erickson, an assistant professor of photography in the Tulane University School of Liberal Arts, set out to document one of the mysteries of the internet: where it lives.

In her ongoing project “Data Shadows,” Erickson captures images of data centers around the world.

Next month she will display work from the project in “Into the Digital Mesh,” opening March 3 at the Galveston Arts Center, during FotoFest 2018, a biennial photography event in Houston.

“It kind of mimics the experience that we have as we live our lives on the internet.”

Erickson said during the last four years she has tracked unmarked locations of the world’s largest data centers, properties of notoriously secretive companies like Google, Apple and Facebook.

Then she began “building an archive that looks at the stuff that comprises the physical apparatus of the internet and digital surveillance, and that houses our data. How our data is used affects our daily lives, yet we are not allowed access to it.”

The work includes complex and sometimes startling imagery of massive cooling towers, solar farms and miles of cable. The large tech companies did not grant her access to their private property, she said, so she photographed from the outside, sometimes outside a barbed-wire fence. Once, while standing on public property in Oklahoma, she attracted the attention of Google security personnel, local police and state police all at once, a situation she described as “intense.”

Some of the smaller data centers, like the one operated by Tulane University, allowed her to photograph inside.

One of the features of Erickson’s exhibit is interactive eyetracking software. As a viewer looks at an image through the eyetracker, a recording of their eyes' path of vision appears on screens elsewhere in the exhibit.

“There’s a voyeuristic relationship in the gallery where other viewers can see more than the singular viewer who’s creating the eye trails,” Erickson said. “It kind of mimics the experience that we have as we live our lives on the internet.”