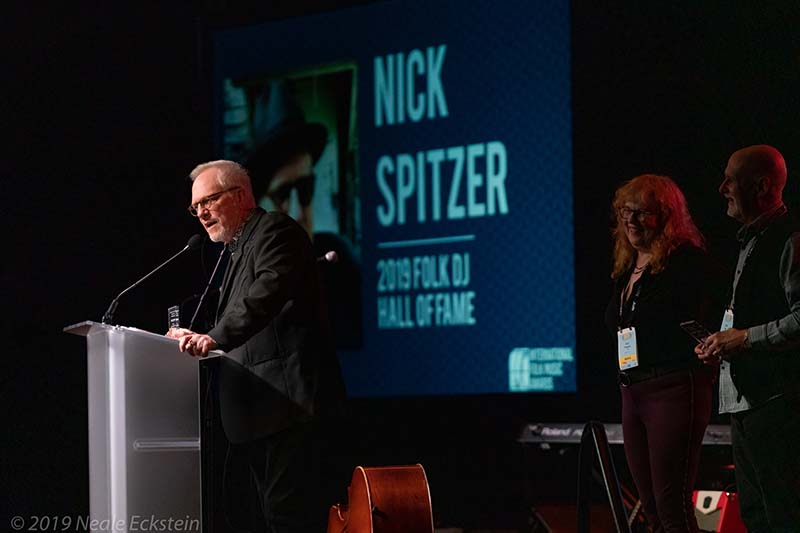 
“‘Folk’ is a contested term, from academic and governmental anthropology and folklore programs, among granting agencies, and both traditional and folk musicians and others,” said Spitzer, addressing the broad nature of the word and  “American Routes” programming.

“But I am emboldened that the Folk Alliance members include Haitian, Latino, blues, gospel and old-time country musicians, and many advocates for social and environmental justice,” he continued.

Airing from a studio in Alcée Fortier Hall on Tulane’s Uptown campus, “American Routes” reaches 335 public radio stations, and can be heard locally on WWNO-FM 89.9 on Saturdays from 5 to 7 p.m. and from 6 to 8 p.m. on Sundays. The program has been supported for over two decades by the National Endowment for the Arts and the National Endowment for the Humanities, a testament to the quality and cultural importance of the show as well as Spitzer’s contribution to media arts, music and culture.

“‘DJ’ or ‘disc jockey’ is a 1950s vernacular term for what now may be a radio host or documentary producer. I just smile and say, ‘I’m a Ph.DJ’ … but, whatever one calls it, you want to reach and hold as wide and diverse a national audience as possible in these contentious times and increasingly limited cultural programming at the public radio network level. I appreciate the award ... and that we can do this at Tulane.”

Folk Alliance International established the Folk DJ Hall of Fame to recognize those individuals who have made an outstanding contribution to the preservation, promotion and presentation of folk music through radio, and who have demonstrated and inspired leadership in the broadcast field.

Click here to read more about the Folk DJ Hall of Fame inductees.