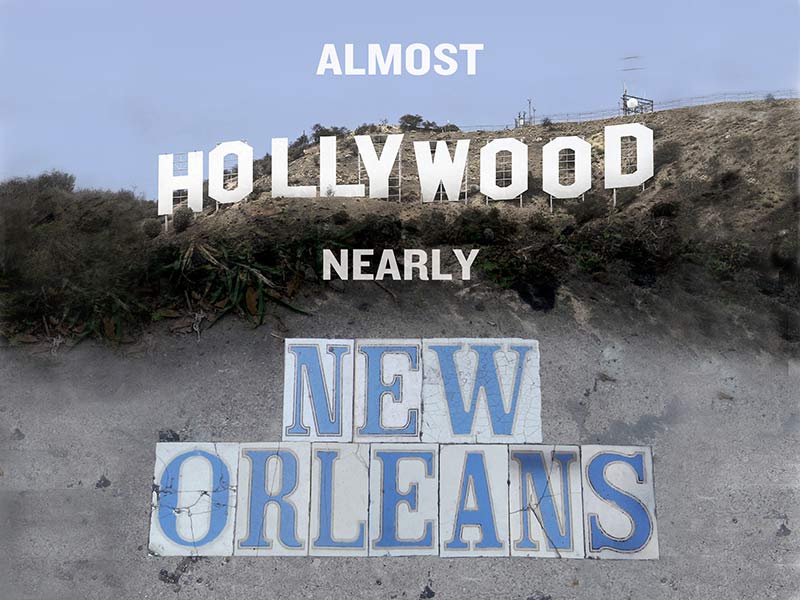 As the Louisiana Legislature prepares to debate ways to lure filmmakers back following a tightening up of the tax credit program in 2015, a Tulane University professor has published a book that shows why the state may not be getting its money’s worth from “Hollywood South.”

Vicki Mayer, a professor of communication at Tulane and co-editor of the international research journal Television & New Media, has written a book that one reviewer called “a scathing critique of the economic realities and broken promises of Hollywood South.”

Published by the University of California Press, Almost Hollywood, Nearly New Orleans is a free, open-access book that Mayer hopes journalists will take advantage of as they cover the issue in the legislative session, which began Monday, April 10.

“I know the film industry can produce good jobs but also precarious ones.”

“I wanted to write a book that got us as a public to talk about the ways arcane algorithms and policy-speak can impact the ways a city feels in everyday ways, its geography and people,” Mayer said. “I know the film industry can produce good jobs but also precarious ones. It seems nearly every region wants its own local Hollywood. New Orleans has chased that dream since the silent era.”

Mayer traces the film industry in Louisiana from the silent era through the early 21st century when legislators redirected millions in tax dollars from public coffers in an effort to become a top location for the production of Hollywood films and television programs.

“In each historical moment, the promises of glamour and jobs have been alibis for systemic graft, neighborhood gentrification and concentrating wealth,” she said. “This book takes the side of middle-class workers in showing the downsides of creative economy efforts despite the halcyon rhetoric.”