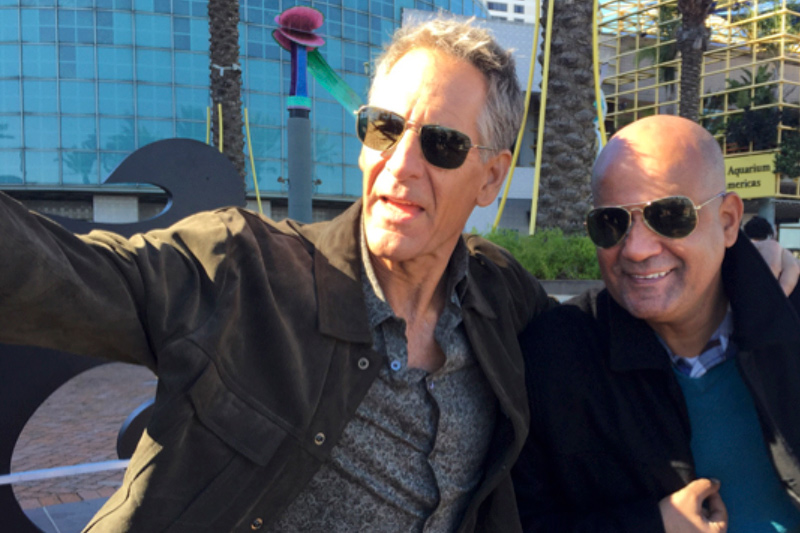 For a few days in January, Bouchaib Gadir, a senior professor of practice in the Tulane University School of Liberal Arts, served as an Arabic instructor to an entirely different student body — the cast of the popular TV series “NCIS: New Orleans."

Gadir, who teaches in the Department of French and Italian at Tulane, was hired as the Arabic coaching director for an upcoming “NCIS” episode “A New Dawn,” which is set to air on Tuesday, Feb. 6, at 9 p.m. CST on the CBS network.

“My role was to work with the actors on set during screen takes. My coaching involved rehearsing lines, pronunciations and conversational tone within context,” said Gadir. “I also facilitated in adapting and editing the script to assure the Arabic dialogue was precise.”

“Being a writer myself, it was incredible to see the written script transform into an acoustic and visual discourse through the lens of a camera.”

In Tuesday’s episode, the NCIS team is tasked with investigating the murder of an officer who was working with an Arabic-speaking refugee family. Gadir worked with several members of the cast to practice the Levantine dialect of Arabic.

“[During filming] there was often a need for dialect-specific line changes,” said Gadir. “I had to be present each step of the way as the episode was filmed to ensure that the language was not lost in translation.”

The opportunity to work with the “NCIS: New Orleans” cast was valuable to Gadir because it provided him with an opportunity to apply his expertise to a field he had yet to explore.

“It was an amazing experience to become more familiar with film as an artistic genre,” said Gadir. “Being a writer myself, it was incredible to see the written script transform into an acoustic and visual discourse through the lens of a camera.”