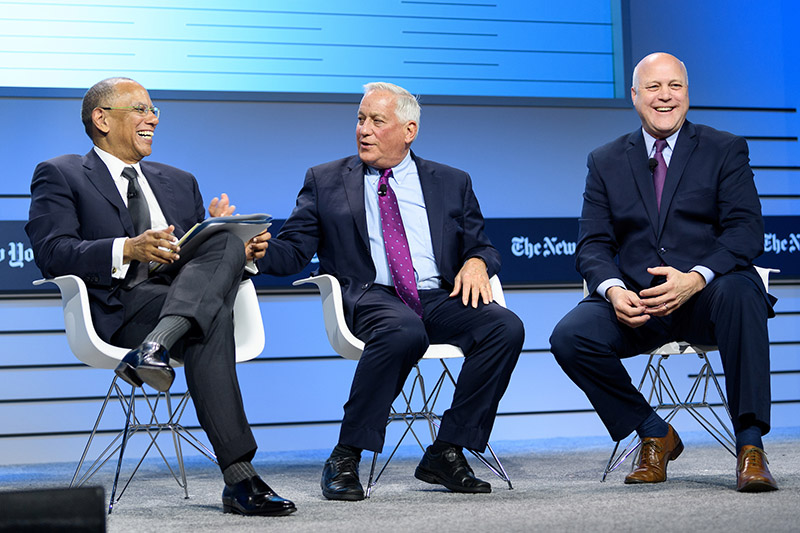 When The New York Times brought its annual Cities for Tomorrow conference to New Orleans in celebration of the city’s 300th anniversary last week, Tulane University played a prominent role with University Professor of History Walter Isaacson and Professor of Creative Writing Jesmyn Ward serving as panelists during the two-day event.

“At a time when our national politics has become polarized, we need to look to cities for innovative problem-solving leadership,” said Isaacson. “Fortunately, many American cities are having a creative resurgence, and the conference helped to highlight their success.”

On Friday, Ward took the stage alongside author, activist and comedian Baratunde Thurston. New York Times columnist Ginia Bellafante served as moderator. Their discussion on “Poverty and the Urban-Rural Divide” touched home for Ward, whose writings often include her own childhood memories growing up in rural Mississippi.

“I am an anomaly in my family and my community,” said Ward as she explained the issue of poverty in rural areas. “Some of the people who I love don’t have access to health care and deal with untreated mental illness.”

The conference, held annually in different cities, brings together an audience of policy and government officials, entrepreneurs, cultural figures, thought leaders and executives from diverse industries. The goal is to share ideas on issues that cities face and to create a dialogue among decision-makers across the country.

Videos of the full conference panels are available online. 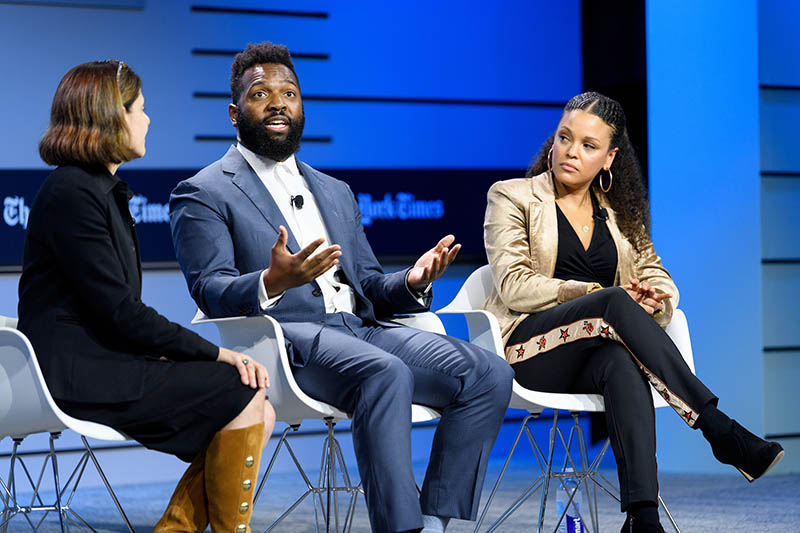