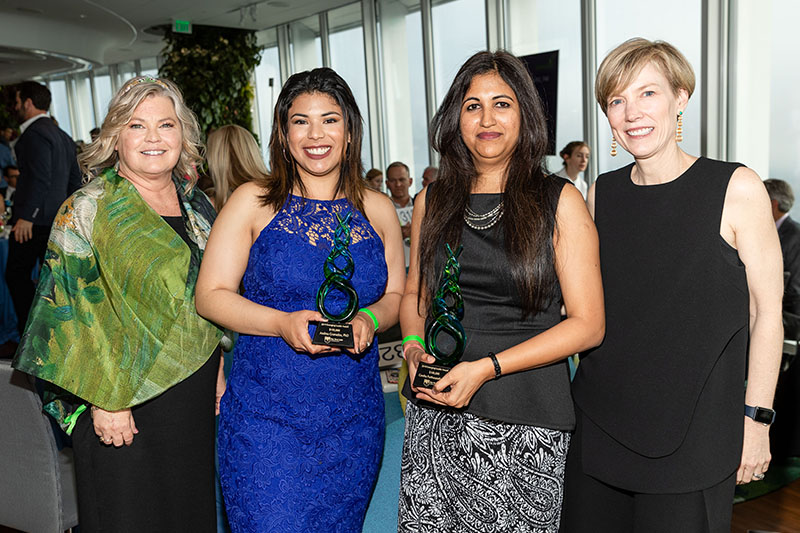 Lyme disease is a potentially disabling tick-borne infectious disease that is essentially inflammatory in nature, affecting various organs of the body. Parthasarathy’s grant project will investigate the use of novel supplemental therapeutics for the treatment of acute Lyme neuroborreliosis, a nervous system disorder affecting the central and peripheral nervous systems. Parthasarathy discovered that a certain growth factor receptor is activated in brain cells in response to the Lyme disease bacterium Borrelia burgodorferi, and that the activation of this receptor seems to induce inflammation. This grant project aims to determine if growth factor inhibitors, such as those traditionally used in cancer treatment, could reduce that inflammation.

This is of particular importance given that for some individuals certain neurological symptoms can persist even after they are treated for Lyme disease using the typical recommended antibiotic regimen. Currently, there are no additional treatments to offer these patients, who are often in need of additional therapies to combat what is known as post-treatment Lyme disease syndrome. Parthasarathy’s grant project is pre-clinical, meaning that the therapy will be tested on tissue samples as opposed to live subjects. If successful, she hopes that this therapy will move on to animal model pre-clinical trials.

“There is not a lot of funding for new therapies to combat Lyme, so it’s wonderful to get support for this project and to be able to try new approaches that can help people return to health,” Parthasarathy said.

Lyme disease is the fastest-growing infectious disease in the nation, newly infecting approximately 300,000 individuals yearly — more than hepatitis, HIV, tuberculosis, West Nile and Zika virus combined. Lyme is acquired after a bite from an infected tick, and often causes severe and complicated health issues that are difficult to treat. Lyme is also difficult to diagnose, and many people with the infection suffer for years without knowing that Lyme is the cause of the deterioration in the health status. Approximately $1 million was raised at the LymeAid event this year, 100 percent of which will go directly to fund scientific research, education and prevention programs for Lyme disease.