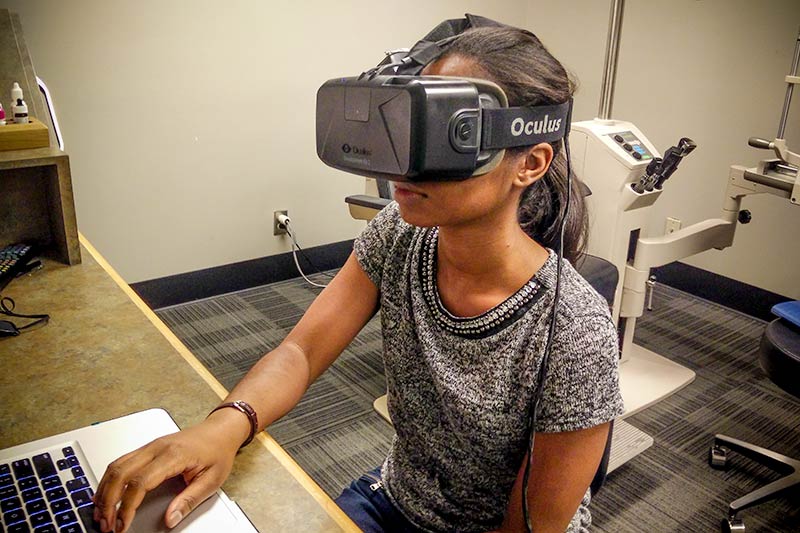 Avid gamers may recognize the Oculus Rift as a virtual reality system that allows for immersion into the world of their favorite video game. Now, a team of Tulane University researchers plan to take the device’s purpose beyond gaming by using the console to diagnose glaucoma.

Ayyala said that he is very impressed that the group was able to translate the idea into reality.

“ Portable diagnostics will cut the cost and bring technology to the patients' door steps.”

Wenk said that the project is important because glaucoma is the second leading cause of blindness worldwide.

“Once you lose vision, there’s no going back,” added Ayyala, who created the initial concept for the project in 2002. “A lot of patients also live in areas without access to care."

“Ninety percent of patients living with glaucoma live in Africa, Asia and Latin America,” said Wenk. “The idea is to diagnose it early and be able to prevent blindness.”

The current standard procedure for glaucoma testing is the Humphrey’s Visual Field Analyser (HVFA), which tests patients’ peripheral vision through an algorithmic display of lights.

“The HVFA is really pricey and bulky. If we can make testing work using a VR headset, then it can be a very portable and affordable option to use in developing countries to detect glaucoma,” said Wenk. “The idea is to use commodity devices out in the market, so it’s easier for people to take the test anywhere.”

"Our goal is to create portable diagnostics that will cut the cost and bring technology to the patients' doorsteps,” said Ayyala.

The team is currently working on making the system more user friendly and overcoming challenges like calibrating light intensity. They are also working on integrating eye-tracking capability, which will make the test less strenuous.

“Eventually, we’re thinking of branching out and using the VR headset to detect other kinds of diseases,” said Wenk.

“This is where medicine should be headed,” concluded Ayyala.