Voter summit brings students together around importance of voting 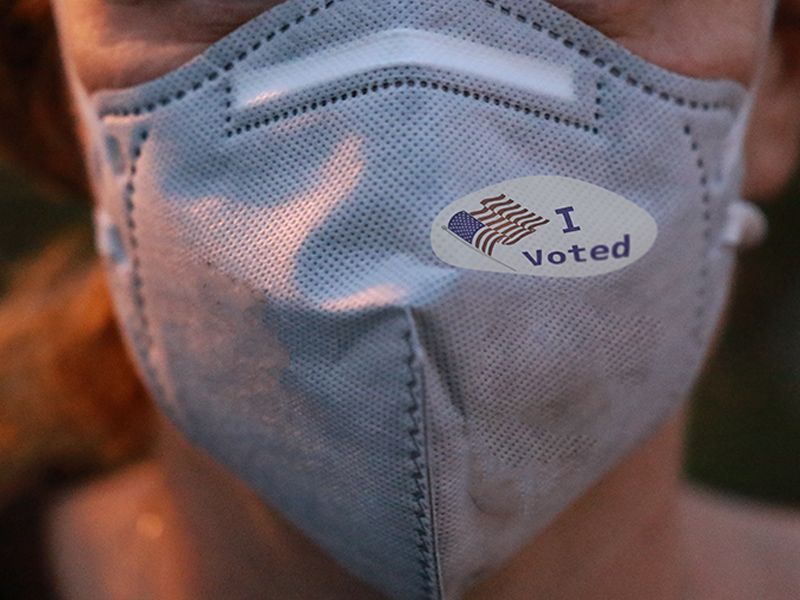 The Virtual Louisiana Student Voter Summit, held on Sept. 26, was organized by a coalition of academics and organizers from Tulane's Newcomb Institute, local nonprofits, New Orleans universities and student voting organizations to offer students the opportunity to hear from experts about turning out to vote as well as collaborate across college campuses. (Photo via Shutterstock)

On Saturday, Sept. 26, college students from across Louisiana gathered via Zoom to discuss voter and civic engagement strategies for the upcoming election. While millennials, the generation born between 1981 and 1996, and Generation Z, the generation born after 1996, make up the largest group eligible to vote in 2020, they are also the least likely to vote. Student leaders may play a major role in changing this reality.

The Virtual Louisiana Student Voter Summit, organized by a coalition of academics and organizers from Tulane's Newcomb Institute, local nonprofits, New Orleans universities and student voting organizations, offered students the opportunity to hear from experts about turning out to vote as well as collaborate across college campuses. The opening panel featured current and former Louisiana student activists, including Program Director of the Power Coalition Janea Jamison, Students Learn Students Vote Coalition Coordinator Zoë Williamson, and LSU Andrew Goodman Ambassador Mia LeJeune. Students had the opportunity to ask questions of the panel as well as strategize and network through virtual breakout rooms afterward.

The panelists spoke about their organizations and work in Louisiana, stressing the importance of holding local politicians accountable and organizing outside of election season. Attendees learned about ways to plug into civic engagement efforts by becoming poll monitors and workers, volunteering at phone and texting banks to discuss upcoming policy issues, and having open, authentic conversations with their networks about voting and the census. One important takeaway was the value of tangible, individual actions — an hour of one's time can make a difference in how funds in state and federal funds are allocated and how local elections turn out.

Tulane senior and resident adviser Cynthia Jin said she attended the virtual summit because “it feels like we are in a very precarious situation and political climate.” Though she has already registered to vote, Jin attended the summit to hear from other students and learn more about existing efforts to fight voter suppression and apathy among young people. Through the summit, Jin learned about youth-led campaigns @VoteNo1LA and @VoteNo_HBCU, projects working in tandem with the national nonprofit Feminist Majority Foundation to increase awareness about an anti-choice constitutional amendment on the ballot in Louisiana in November.

Students shared their perspectives and current projects during virtual break-out sessions, strategizing and planning voting-related events in the fall. These plans ranged from recruiting student-athletes for registration efforts to providing stamps and transportation to provide resources for their peers to vote. This brainstorming session served to connect students, professionals and civic engagement organizers from different institutions around core issues affecting college students and young people alike.