In your own words: Lena Rollenhagen 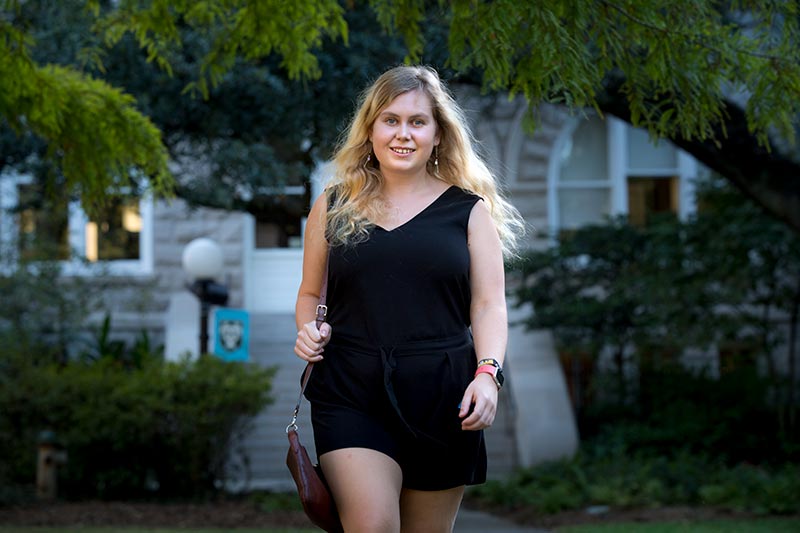 When I first heard about Tulane, I had been in college for one semester, and I hated it. It took me approximately two weeks to realize I made a huge mistake in my choice of school, but in my defense, the great majority of American universities have excellent marketing teams.

Online, every college looks fantastic. Study abroad programs with photos of impossibly happy students in front of the Eiffel Tower or the Parthenon, shots of stately libraries, a perfectly lit photo of a sculpture on campus. Everywhere, smiling students. Who wouldn’t want to be there?

Having been deceived once by exaggerated marketing, I was leery when I discovered Tulane. On paper, it seemed to make up for what my current college was lacking. Everything I read about the school emphasized its commitment to the New Orleans community, the sincerity of its students and the talented faculty. The school looked perfect, but I was convinced it would fall short of its advertising.

It’s difficult to convey what exactly makes Tulane so unique—it’s so much more than the New Orleans location and beautiful campus.

Well, they weren’t lying. In fact, I have to give them considerable credit for how accurate their statements were. It’s difficult to convey what exactly makes Tulane so unique—it’s so much more than the New Orleans location and beautiful campus. It’s the professors, who simultaneously challenged and supported me, pushed me to think deeper, yet treated me with a great deal of respect. It’s the symbiotic relationship between Tulane and the city of New Orleans, which taught me what a rewarding experience helping your community can be. Previously, I thought of “community service” as just something to put on a college application. Yet, my tenure as a debate coach at Ben Franklin Middle School was one of the most gratifying parts of my time at Tulane. I learned that when you are involved in a community, you become part of that community, and there is no better place to be a part of than New Orleans.

Although I have graduated, I haven’t really left Tulane. The ambition, compassion and invaluable relationships with friends and professors I have gained through Tulane will stay with me. So, thank you, Tulane marketing team, for convincing me to take one more chance. You may have slightly oversold the Bruff food, but over the years, even that grew on me.