Tulane Green Wave football and Coach Willie Fritz made history on Dec. 3 as the team captured the American Athletic Conference Championship with a thrilling victory over the University of Central Florida, 45-28, in a packed Yulman Stadium. Next up: A trip to the Goodyear Cotton Bowl on Jan. 2. The Green Wave will play against the University of Southern California. Read a recap of the exciting AAC game and see a gallery of game photos at the Tulane Athletics site. Roll Wave! 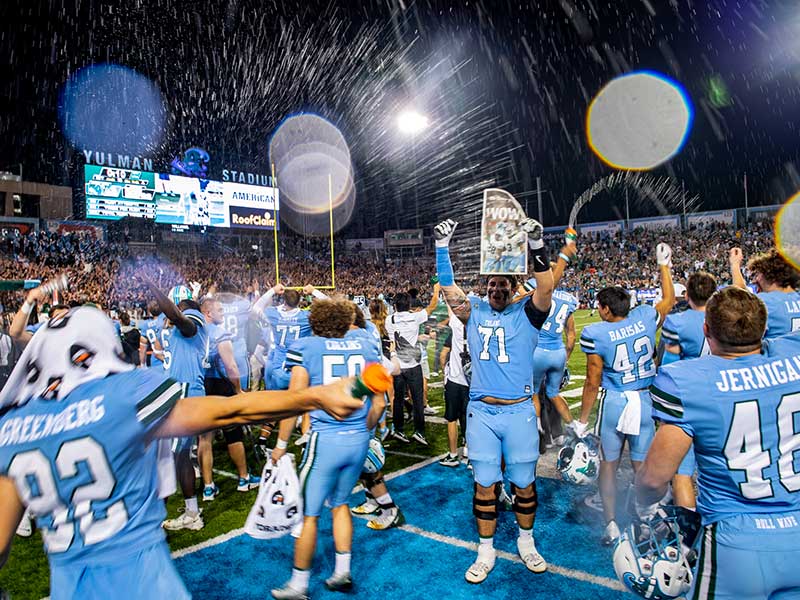 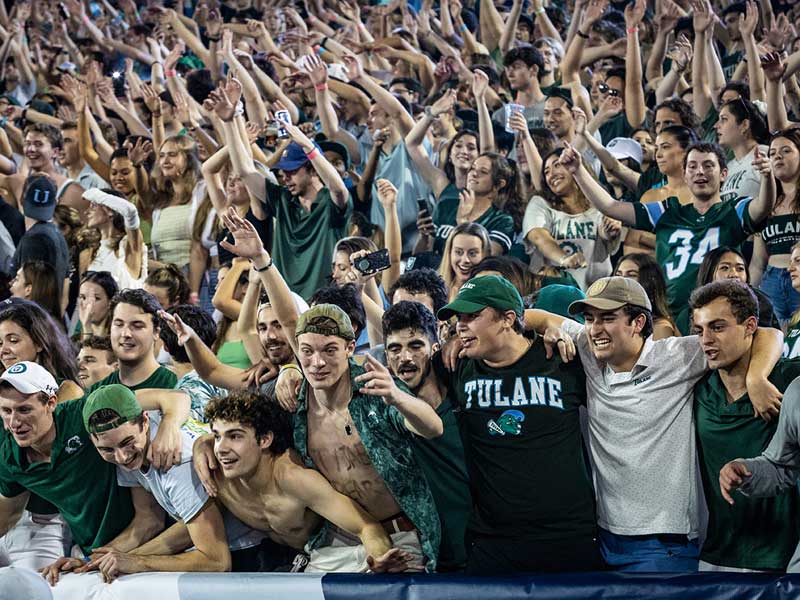 Tulane fans cheer on the Green Wave as they clinch the title. (Photo by Rusty Costanza) 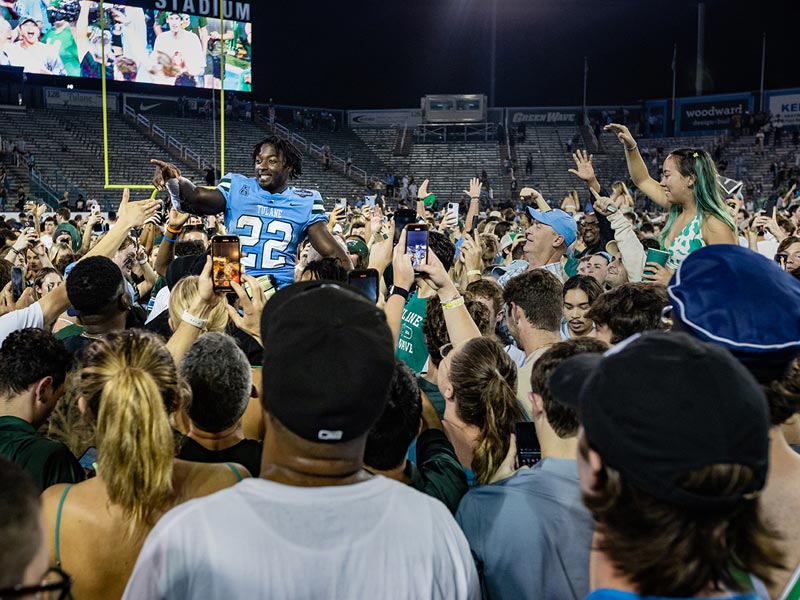 Player Tyjae Spears gets a boost above the crowd during the celebration. (Photo by Rusty Costanza) 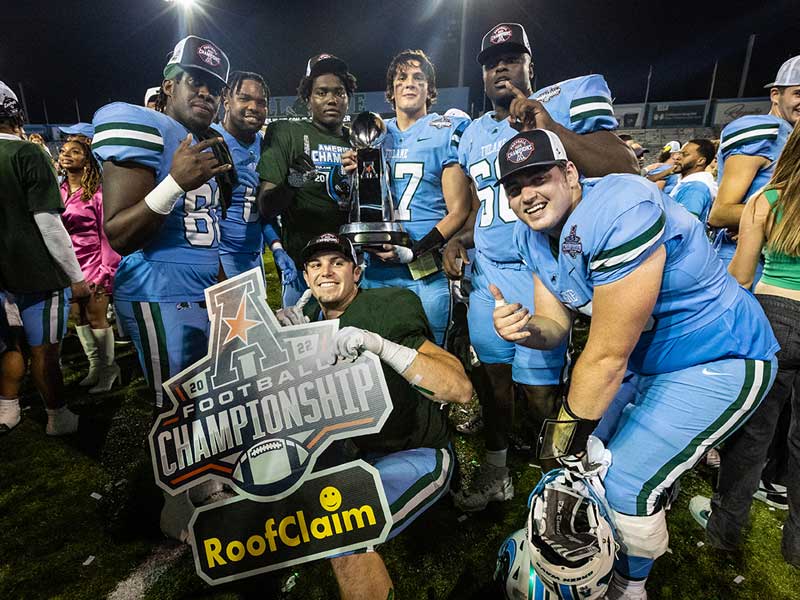 Tulane players pose with the AAC championship trophy after the game. (Photo by Rusty Costanza)