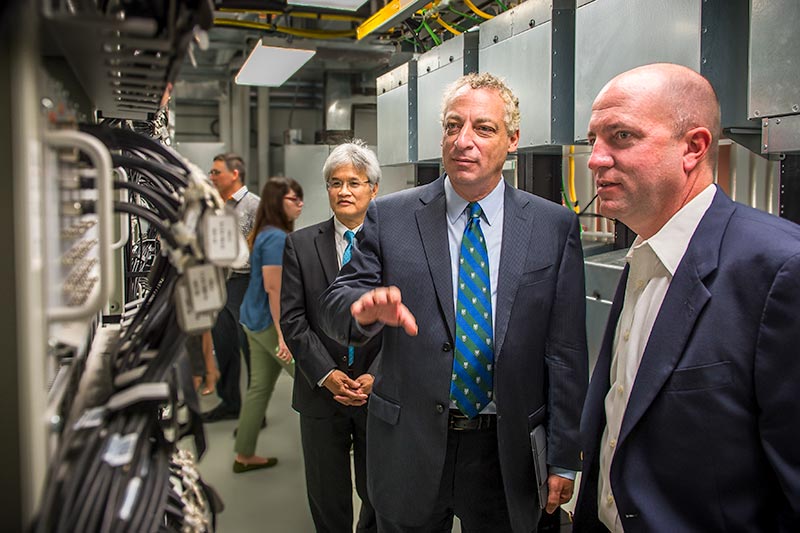 From posting selfies in the stands to live streaming every big play, game day at Yulman Stadium is an opportunity for Green Wave fans to make memories and share moments. As the new football season begins, Tulane University has partnered with AT&T to make it easier for stadium patrons to capture the action on and off the field with their smartphones.

In order to alleviate the growth of mobile data traffic on game day, AT&T upgraded the stadium’s network by installing a Distributed Antenna System (DAS) designed to enhance wireless service within the building.

“This partnership promises to make game day at Yulman Stadium more exciting than ever.”

Described as “future ready” by AT&T spokesperson Stephen Ursini, the new DAS promotes strong connectivity by having the most LTE capacity available on any AT&T-installed DAS in Louisiana.

The extra capacity shortens the distance between a call or text and its destination.

“The benefit is that you can seamlessly talk, text, surf or stream during a game even under massive capacity demands and never miss a beat, which helps fans stay connected to the world and share their experience here,” said Ursini.

“It enhances our fan experience by allowing them to interact with the Tulane Game Day app, while also providing us instant feedback on stadium conditions,” said Tulane director of athletics Troy Dannen.

The new system includes more than 8.5 miles of cable, over 1,600 feet of conduit, 44 remote amplifiers and 80 antennas incorporated into the stadium’s structure.

“Our job was working to find the best locations to meet the design objective,” said Ursini.

“It has dramatically improved our service deliveries and allowed us to ensure Green Wave fans have a first-class experience,” said Dannen.