New Orleans through a different lens 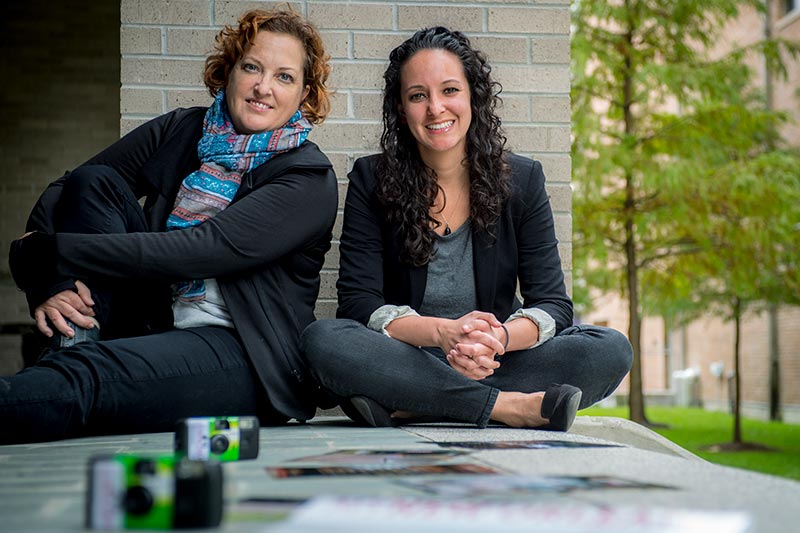 Heather Milton, left, and Elisabeth Perez, right, are the co-founders of My NOLA Photo Project. (Photo by Paula Burch-Celentano)

Sometimes seeing a place from another’s perspective can change the way you understand it. The My NOLA Photo Project seeks to shift perspectives by giving the homeless an opportunity to photograph the city with their own disposable cameras.

Project coordinators Heather Milton and Elisabeth Perez, who met while attending the Tulane University Disaster Resilience Leadership Academy, began this project in New Orleans after observing its popularity in London. Through partnerships with organizations around New Orleans including New Orleans Mission, the Baptist Friendship House and the Harry Tompson Center, the duo were able to distribute Fujifilm cameras to about 90 homeless participants.

After reviewing basic photography skills, participants were given a week to photograph the city and return their cameras for photo development.

“People make many assumptions about the characteristics or lifestyles of the homeless, but we want to show that they have diverse experiences and stories.”

A selection of the roughly 1,000 photos submitted was later included in a calendar, which has been sold at various markets across the city, often with the help of participants. Milton and Perez also organized three gallery showings, which allowed all participants to see their photos displayed.

Perez notes that taking part in the art markets or the gallery showings can be therapeutic for project participants, because they get a chance to tell their personal stories and connect with others.

“Creating art of your own fosters confidence,” said Perez. “It gives participants an hour a day to make something beautiful.”

The project also seeks to dispel common misconceptions about the homeless population.

“People make many assumptions about the characteristics or lifestyles of the homeless, but we want to show that they have diverse experiences and stories,” said Perez.

Perez and Milton are working to achieve nonprofit status for their organization ReFocus. They are also seeking grants to help cover the costs of creating the calendar. More information about the project is available here. Calendars are available for purchase at local stores as well as Etsy.

My NOLA Photo Project is a venture from the Changemaker Institute through the Phyllis M. Taylor Center.