New book serves as legal guide to business in Cuba 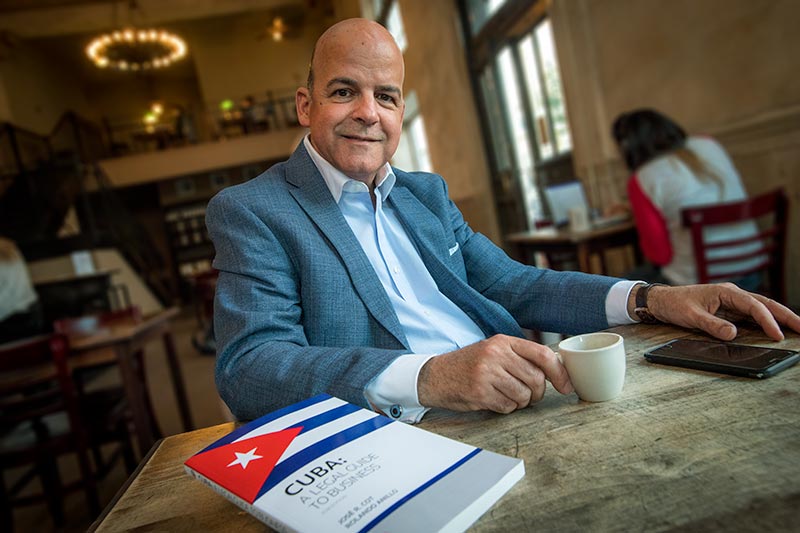 As diplomatic relations between Cuba and the United States have steadily been restored, the Latin American nation is being acknowledged as a viable market for American businesses. With policy changes creating an influx of travel and commerce in Cuba, publishers Thomson Reuters decided that the time was right for creating a resource for navigating the Cuban legal system. Entitled Cuba: A Legal Guide to Business, the book is co-edited by Tulane University alumnus José R. Cot and Cuban law scholar Rolando Anillo.

Cot received a bachelor of arts degree from the School of Liberal Arts in 1985, followed by a juris doctor degree from Tulane Law School in 1988.

“After graduating from Tulane Law, I went to work as an associate with McGlinchey Stafford and later we formed our firm, where I have worked for 25 years,” said Cot, a partner at Hurley & Cot, APLC. Cot’s law partner, Timothy P. Hurley, is also a Tulane graduate.

“Our shared Civil Law heritage is particularly significant as we continue to rekindle the historical, cultural and commercial ties between Louisiana and Cuba.”

— Jose Cot, co-editor of 'Cuba: A Legal Guide to Business'

He additionally penned a chapter on Cuban maritime law for the guidebook, which took about a year to complete. Work on the book was based, in part, on Cot’s meetings with Cuban jurists, lawyers and law professors during recent trips to Havana.

“We included a comprehensive discussion of relevant laws and regulations, many of which had not been translated into English from their original sources,” he said.

“Trying to stay current is challenging. We felt that providing a handbook for commercial relations between the U.S. and Cuba would be more useful than a hypothetical discussion of Cuba’s future.”

The duo also aims for the book to stoke comparative analysis with other legal systems, as Cuba’s Civil Law tradition is shared with other Latin American nations, like Puerto Rico, and with Louisiana.