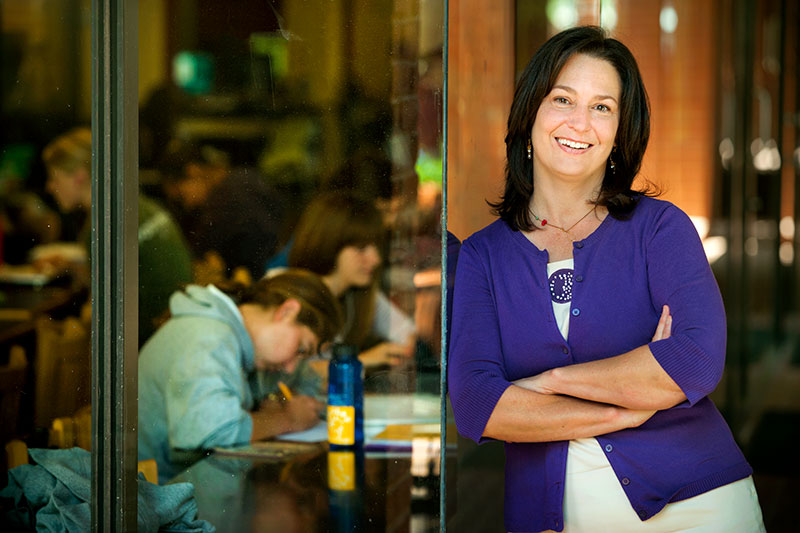 “It opened my eyes,” said Wolfe, who graduated from Tulane in 2012 with majors in religious studies and history. “It expanded my horizons. I’m the same Jane, but I’m different.”

Before Hurricane Katrina, Tulane had a religious studies major and minor. Thanks to Wolfe’s tenacity and a generous gift she made to the School of Liberal Arts, the minor has been resurrected for the spring 2017 semester.

Ronna Burger, professor of philosophy and Catherine & Henry J. Gaisman Chair in the School of Liberal Arts, led the charge to bring back religious studies at Tulane.

“Religion is and always has been a central feature of human life, for individuals and communities,” said Burger. Students can approach the interdisciplinary field of religious studies from a variety of perspectives, including philosophical, historical, political, sociological, anthropological and literary. Burger is in contact with faculty from a wide range of departments who are looking forward to offering courses for the new minor.

Burger credits Wolfe with being the catalyst for revitalizing the religious studies minor. As an undergraduate, Wolfe fashioned a religious studies major herself, knocking on many professors’ doors to make it happen. She is a mother of two adult children and a successful entrepreneur. Wolfe was an unconventional student when she attended Tulane in her 40s. After her undergraduate studies, Wolfe received a master’s degree in Theological Studies from Harvard Divinity School. She returned to Tulane in 2015 as an adjunct professor to teach an Introduction to World Religions course, which she will teach again for the religious studies minor.

Wolfe’s gift to the School of Liberal Arts helps create foundational support for the religious studies minor. It’s a cause she fervently supports: “I believe that religious studies helps students understand the intellectual history of the world they live in.”