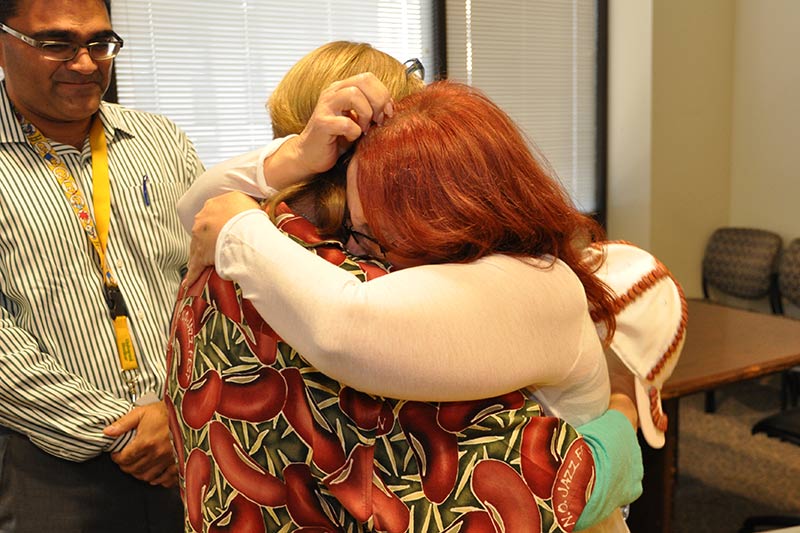 Kidney donor Susan Fredriksen writes about her emotional meeting with Rhonda, the woman who received her donated kidney, in a recent TIME magazine article. (Photo from TIME magazine)

Susan Fredriksen followed through with something most would never consider. At 65, she donated her kidney — to a complete stranger.

Over the course of nine months Fredriksen made multiple trips between her hometown of Unaka, North Carolina and the Tulane Medical Center in New Orleans for testing and eventual donation. Dr. Anil Paramesh performed the donor operation and Dr. Mary Killackey performed the transplant.  Both doctors are associate professors of surgery at Tulane School of Medicine.

Although Fredriksen signed up for a non-directed kidney donation, which means the recipient is unknown to the donor, she would later meet Rhonda, the woman whom she’d given a second chance at life.

Read about their meeting in TIME magazine.

“The Tulane transplant team passionately works day in and day out to improve the lives of patients like Rhonda,” said Killackey. “Susan is an inspiration and I hope that the chain of non-directed donation continues. We are honored to be part of this amazing story.”

The chain is already continuing with Rhonda’s husband, who is currently in the testing phase to donate his kidney to a stranger. He was not a match for his wife, but plans to pay it forward through his own donation.

As for Fredriksen, she said she’d do it again in a heartbeat. What I did was “not heroic, it was not saintly, but it sure was damn awesome.”

Read her story, “Why I Donated My Kidney to a Total Stranger,” in TIME magazine.