The science of raising consciousness 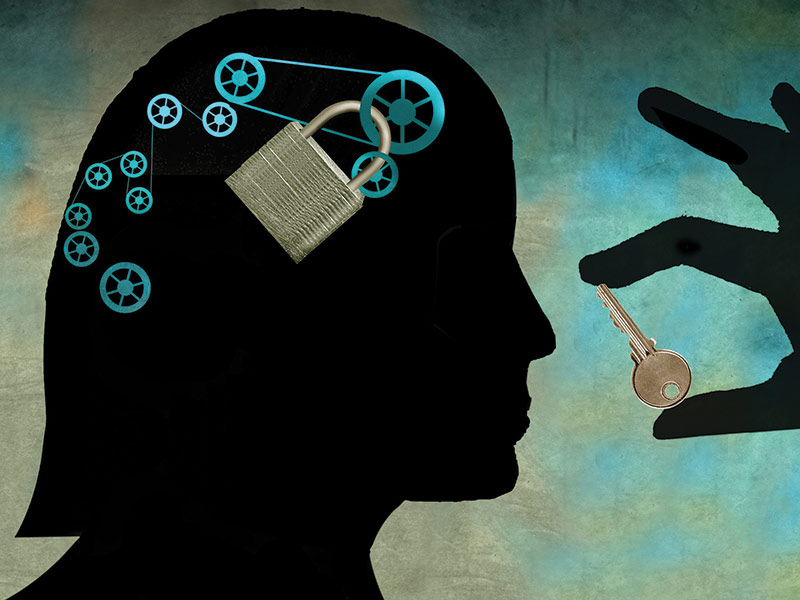 Part of the intrigue of consciousness is that it may ultimately be an unsolvable mystery because we’re not finished evolving as humans. (Illustration by Michael Morgenstern)

Underneath your mental state, your mood, your biases and perceptions, your daily habits and to-do list, your cravings and aversions, there lies a fluid cognitive barrier between you and the rest of the world: consciousness.

The easiest definition of consciousness is a state of awareness of your own existence and environment. But there’s a deeper, more complicated definition—at least we think there is—that explains not so much what consciousness is but why we have it and how it exists.

Consciousness is a fairly new field of study. It can be difficult to track because it does not seem to present a clear pathway to controlled experiments that deliver concrete results. It’s challenging to pinpoint subtle preferences such as why one person likes the sound of classical music and another likes jazz. What we do know about consciousness is that it creates a fascinating intersection of philosophy, psychology, neuroscience and even quantum mechanics.

THE CONSCIOUS MIND
“The human mind in general is puzzling in an evolutionary sense, why it evolved and why it’s so different from animal minds,” says Radu Bogdan, Tulane professor of philosophy and director of the Cognitive Studies Program. “Other species are smart for their environment, but they don’t do science, math, art, religion and so forth.” Bogdan has written several books on the human mind, including Our Own Minds: Sociocultural Grounds for Self-Consciousness (MIT Press, 2010).

“With intense debate, it is not very clear what consciousness does for us,” he says.

If all that sounds like a lot to take in, maybe that’s the point: It’s an exciting time for consciousness research.

PHYSICAL CLUES
Brain and mind activity are closely linked. Consciousness is associated with the cerebral cortex and the underlying white matter, says Tulane professor emeritus of biomedical engineering Paul L. Nunez, who wrote The New Science of Consciousness: Exploring the Complexity of Brain, Mind, and Self (Prometheus Books, 2016).