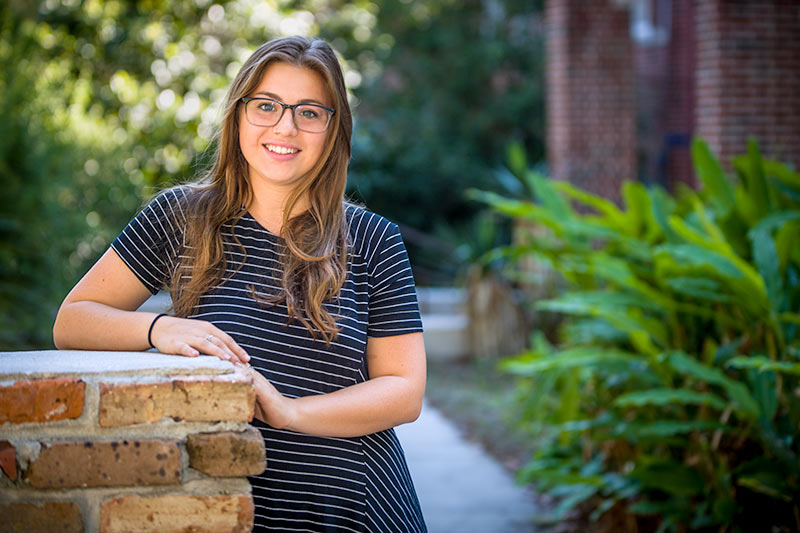 Lilith Winkler-Schor is one of 62 national recipients of the prestigious Truman Scholarship. (Photo by Ryan Rivet)

With so much work to complete before the end of the semester, Tulane University senior Lilith Winkler-Schor was in a grumpy mood. She needed something to cheer her up — and she got it in the form of a phone call from Tulane President Mike Fitts on April 7.

Fitts informed her that she is one of 62 in the nation to win a prestigious Truman Scholarship, and just like that, the grumpiness turned into ecstasy.

“I was elated,” she said. “I called my parents, but I didn’t want to post anything until I saw something in writing.”

“I called my parents, but I didn’t want to post anything until I saw something in writing.”

Her skepticism was short-lived. She indeed won the scholarship, which provides $30,000 toward graduate school and the opportunity to participate in professional development programming to prepare for a career in public service leadership.

Candidates for the scholarship must be nominated by their colleges. This year, 768 candidates were nominated by 315 institutions. That number was whittled down to 199 finalists, and eventually the 62 winners, who will receive their awards at the Harry S. Truman Presidential Library and Museum in Independence, Missouri, on May 28.

Winkler-Schor, a Newcomb Scholar from Seattle, Washington, is pursuing a bachelor’s degree in social policy and political science and a bachelor of fine arts degree in glass and sculpture. Her scholarship focuses on urban policy, with special emphasis on incarceration, poverty and housing policy.

She is co-founder of Roots of Renewal, a community development nonprofit that provides work training for formerly incarcerated young adults as they re-enter their neighborhoods. She is a fellow at the Next City Vanguard, and is one of two recipients this year of the Tulane Center for Public Service’s Jim Runsdorf Excellence in Public Service Award.

Winkler-Schor plans to defer graduate school so she can continue working at Roots of Renewal and helping the formerly incarcerated become productive members of society.

“It’s been a wild and wonderful journey,” she said. “But it’ll be nice to concentrate on this work without having to worry about school for a while.”