Who will pay to save Louisiana’s coast? 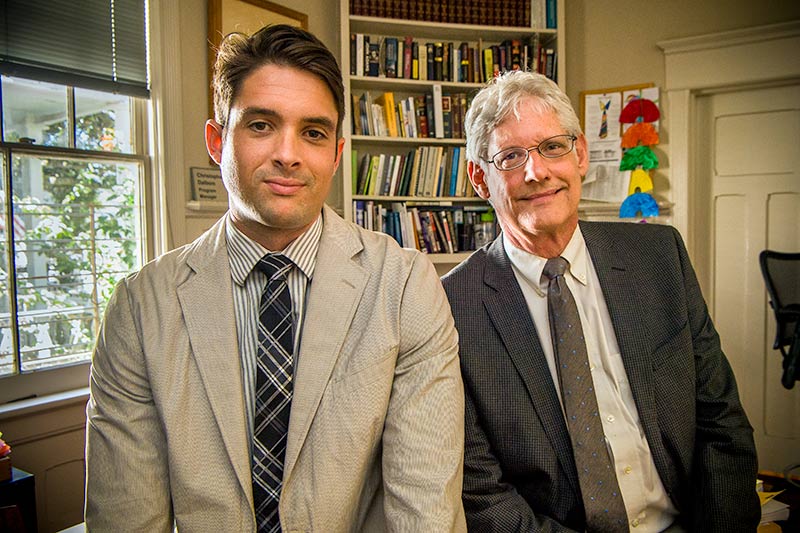 A report from researchers Dean Boyer, left, and Mark Davis, right, of the Tulane Institute on Water Resources Law and Policy may help Louisiana officials figure out how to fund coastal restoration efforts. (Photo by Ryan Rivet)

The master plan to save Louisiana’s rapidly eroding coastline will be no more than a dream unless the state shores up enough financial resources to pay for it. Two Tulane University researchers produced a report on funding options and presented their findings to the state Advisory Committee on Coastal Protection in March.

They say that several streams of revenue—from federal, state and local sources—will be required to foot the bill.

“One of the points of the report is that there’s no single pocket of money out there that’s going to cover everything we need,” said Dean Boyer, a Tulane Law School alumnus and a senior research fellow at the Tulane Institute on Water Resources Law and Policy. “We’re looking at a gap in funding on the $70 billion order.”

“There’s no single pocket of money out there that’s going to cover everything we need.”

Or as the report’s co-author, Mark Davis, also a senior research fellow at the law school and director of the Institute on Water Resources Law and Policy, put it: “You can’t charge enough on cigarettes and beer” to fill the funding shortage.

Davis and Boyer’s report outlines several potential funding strategies. For instance, the state might consider a carbon credit program like California’s carbon cap-and-trade system or the regional greenhouse gas initiative involving a coalition of nine Northeastern states. Positioning Louisiana’s coastal erosion as a national security threat—impacting key military bases and the nation’s energy supply—might gain support for more federal dollars. Another possibility is a revolving loan fund like the one Texas has used to help fund local solutions to a drought of municipal water supplies.

The researchers have now pinpointed their focus on the financial responsibility of local governments to protect the coast.

“It’s very clear that the real burden for coastal restoration—and adapting to a changing coast and rising seas—is going to fall on the people who live here,” Davis said.