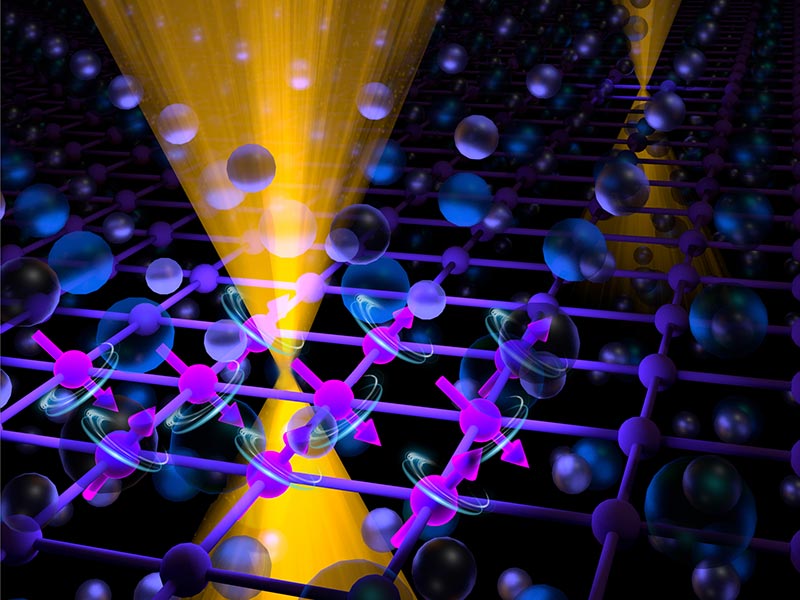 A recent discovery by a team of researchers led by Tulane University advances fundamental knowledge that could one day lead to more energy-efficient computers, televisions, cellphones and other electronics.

The researchers’ discovery of a new magnetic topological semimetal is featured in the latest edition of the prestigious journal Nature Materials.

The Tulane team was led by physics professor Zhiqiang Mao, the Tulane School of Science and Engineering’s Outstanding Researcher for 2017. Mao’s research, which focuses on quantum materials such as superconductors, magnetic materials and topological materials, was carried out in response to the need for better ways to power electronics, especially given continually shrinking transistors in smartphones and other devices. Topological semimetals represent a new quantum state of matter.

“The result is expected to improve fundamental understanding of fascinating properties of topological semimetals.”

“The recent discoveries of topological materials – a new class of quantum materials – hold great promise for use in energy-saving electronics,” Mao said.

The phrase “topological materials” refers to those materials where the current carrying electrons acts as if they have no mass, similar to the properties of photons, the particles that make up light.

“The result is expected to improve fundamental understanding of fascinating properties of topological semimetals,” Mao said.

The study was funded by the National Science Foundation, the Louisiana Board of Regents and the U.S. Department of Energy, among others.