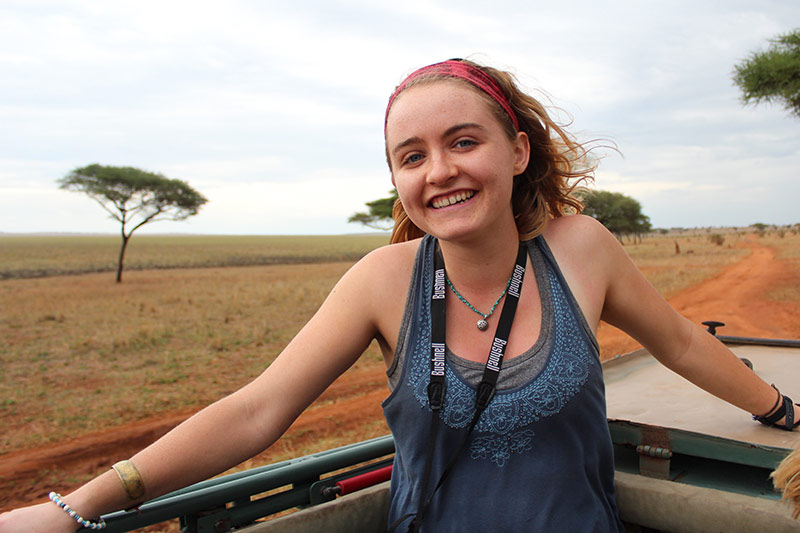 Tulane University senior Clare Lister didn’t spend much time in a typical classroom during her study abroad semester in Tanzania this spring. Instead, she went on safari to learn about wildlife conservation, to a homestay in a remote village to learn about Maasai culture and to a rainforest reserve to learn about ecology.

“It was an incredible and formative experience,” says Lister, who is majoring in environmental biology in the School of Science and Engineering with minors in math and international development.

The support of Stamps Family Charitable Foundation helped make Lister’s experience in Tanzania possible. Lister is a Stamps Scholar, one of the United States’ largest merit-based national scholarship programs. In addition to multi-year scholarships, the Stamps program awards enrichment funds the Scholars use in their academic or professional development. Lister used enrichment funds to help pay for her trip in Tanzania.

Lister is interested in ecology and sustainable development, and her time in Tanzania made her realize how complex the relationship is between local people and wildlife conservation. Tourism is an important part of the economy, but conflict arose when some lands began being used for wildlife tourism that had previously been used by locals for agriculture or livestock.

“It really expanded my views and perspective on conservation,” says Lister, who plans to study ecology in graduate school.

In Tanzania, Lister experienced the country’s tremendous biodiversity on safaris and birding expeditions plus two homestays. She also spent a month studying fungi on trees in a rainforest reserve in the mountains.

Lister also used the Stamps enrichment funds to support her travel to Panama this summer to research a fungus that causes disease in tropical trees with the Tulane lab of Sunshine Van Bael, an assistant professor of ecology and evolutionary biology.

“I am grateful to the Stamps Foundation for making experiences like this possible,” says Lister.