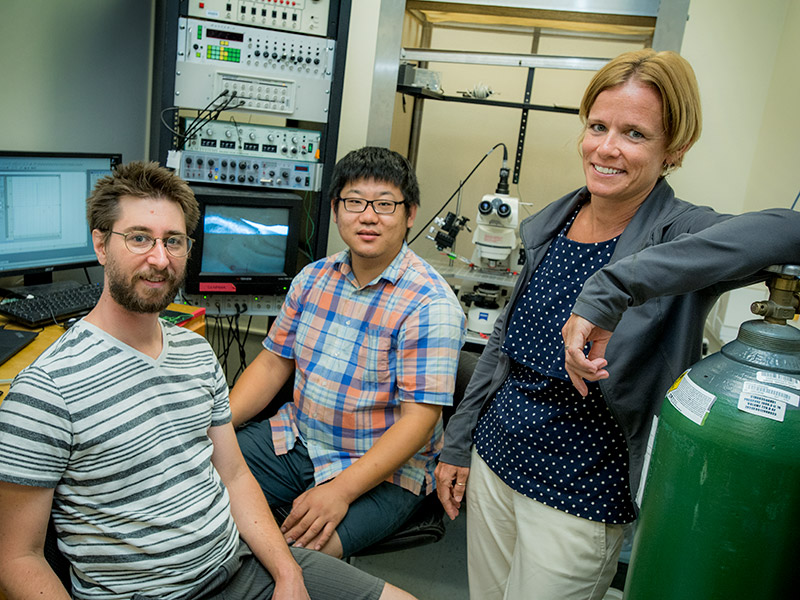 Tulane University’s Laura Schrader, a cell and molecular biology professor and Brain Institute member, received a two-year grant from the National Institute of Health to study the role of a Shox2, a protein in the brain important for development and function of the thalamus.

Schrader is exploring Shox2’s potential link to epilepsy, autism and schizophrenia. Abnormal function of the thalamus has been linked to these pathological conditions, but the specific mechanisms of the thalamic disruptions are not completely understood.

“The thalamus is important for processing sensory information, as well as motor output,” Schrader said.  “We also know it is important for cognition and memory function.  Our goal is to study those aspects but we are also focused on epilepsy and seizure formation.”

“The thalamus is important for processing sensory information, as well as motor output."

Schrader, along with graduate student, Diankun Yu, and Matthieu Maroteaux, a postdoctoral research fellow, found that Shox2 was highly expressed in the thalamus and that sparked their interest to take a deeper look at its role.

According to Schrader, the thalamus is believed to play a role in epilepsy and specifically in absence seizures, where people do not necessarily have seizures but have a “spacing out” epilepsy commonly seen in the development of younger kids than adults.

“The determination of the mechanisms that control the normal functional connectivity of the thalamus will lay the groundwork for further studies that will help understand the irregularities in neurodevelopmental disorders and define targets for possible therapeutic intervention,” Schrader said. “We are in the second year of the grant and we are hoping to apply for a research project grant (RO1) this fall and that would give us a five-year window for the current study.”