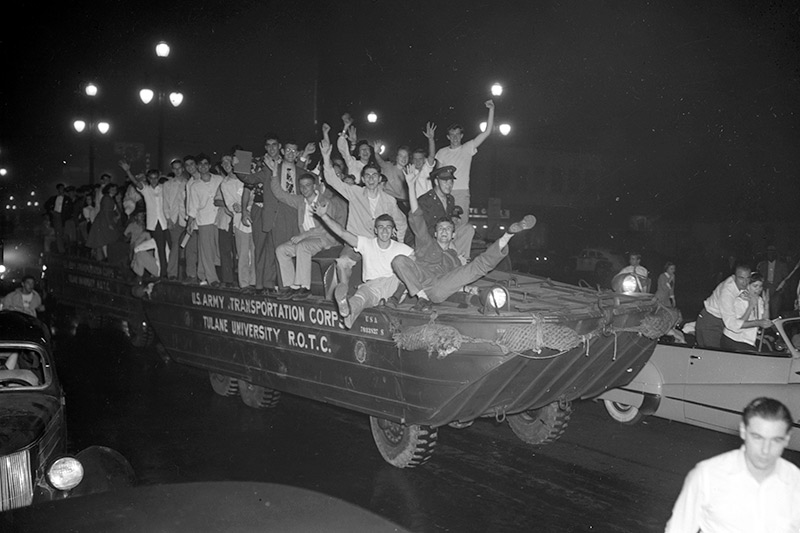 Students ride an Army ROTC Duck vehicle down Canal Street during the annual Shirt-tail Parade before the 1948 homecoming game against Mississippi State. The Wave topped the Bulldogs by a score of 9-0 en route to a 9-1 season that ended with Tulane ranked No. 13 by the Associated Press. Shirt-tail parades stem from a tradition that originated when one student would hold onto the shirt of the person in front of them as they marched during a football pep rally. That tradition evolved to larger celebrations by the 1940s.