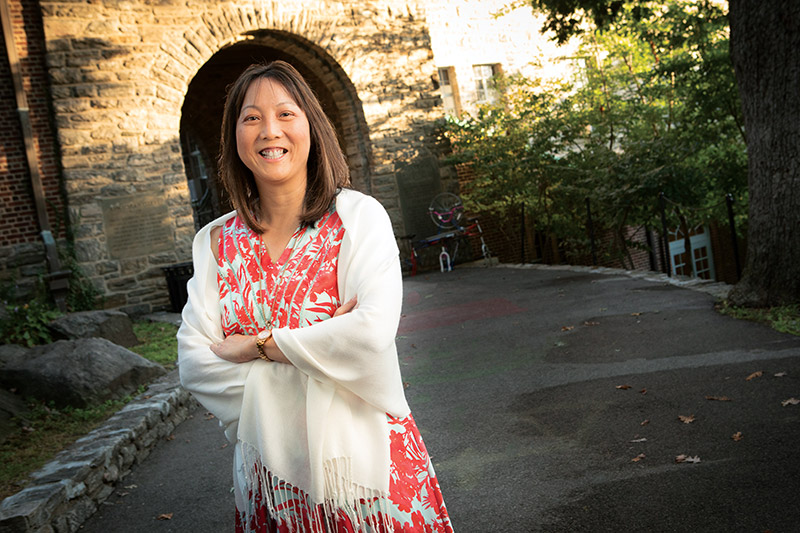 Chia-Chee Chiu fosters the growth of students as a middle school principal and cultivates Asian-American writers as a board member for the nonprofit organization Kundiman. (Photo by David Neff)

At 8 years old, Chia-Chee Chiu knew that she wanted to become an educator.

“I’m a product of Miami-Dade County Public Schools, and I gained a sense that it was what I wanted to do in third grade,” said the 1996 Newcomb College graduate.

Today, Chiu dedicates her career to fostering the growth of students as a middle school principal at Ethical Culture Fieldston School and to cultivating Asian-American writers as a board member for the nonprofit organization Kundiman.

“The liberal arts education that I had opened me up to seeing through different lenses.”

While attending Tulane, Chiu double-majored in English and ecology, evolution and organismal biology.

“Being a double major at Tulane helped me to develop a sense of what it means to have different perspectives. The liberal arts education that I had opened me up to seeing through different lenses, which ties into where I am now in my career at Fieldston,” she said.

Fieldston is an independent school in New York City. The school’s mission has always been to help kids develop a sense of social justice.

For the past two years, Chiu has also served on the board of trustees for Kundiman.

“I think this organization is vitally important,” said Chiu. “The hallmark of the nonprofit has been creating space to connect Asian-American writers across the country.”

The organization was founded by Filipino poets Sarah Gambito and Joseph O. Legaspi in the early 2000s. Gambito and Legaspi envisioned a mentorship program that could address common challenges facing Asian-American writers, like access to resources and lack of visibility. While Kundiman regularly offers readings and residential workshops, the organization has also hosted an annual retreat at Fordham University in Bronx, New York, for 200 fellows since its founding.

“As an educator, supporting Kundiman aligns with my beliefs of supporting my community,” said Chiu.